The latest mural by Vinz titled, "La Marca €spaña / The €Spain Brand," is a reinterpretation of Picasso's famous "Guernica."  Both pieces represent an attack over Spanish society.  Vinz used his own characters and the values they represent to make a profound statement about Spain's current society: financial and political systems are growing and creating a desperate situation among Spanish citizens. On display at the Institut Français, Vinz created this mural to show that justice needs to be restored.

Learn more about his message through the breakdown of symbols below: 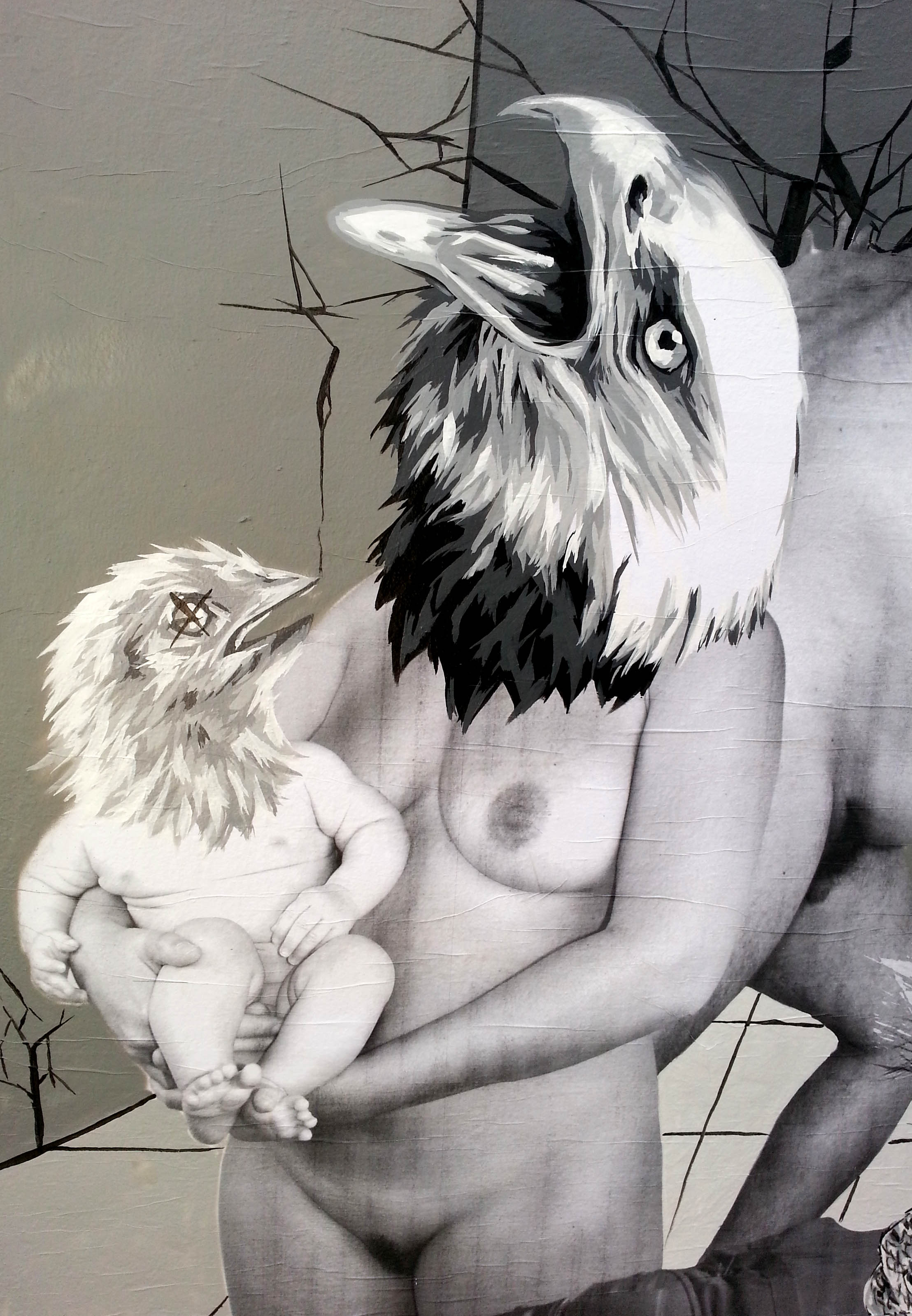 Bird-woman with baby: The hungry, misery of the citizens

Bull: Symbol of Spain, it's the effort to restore a country that sinks through cracks 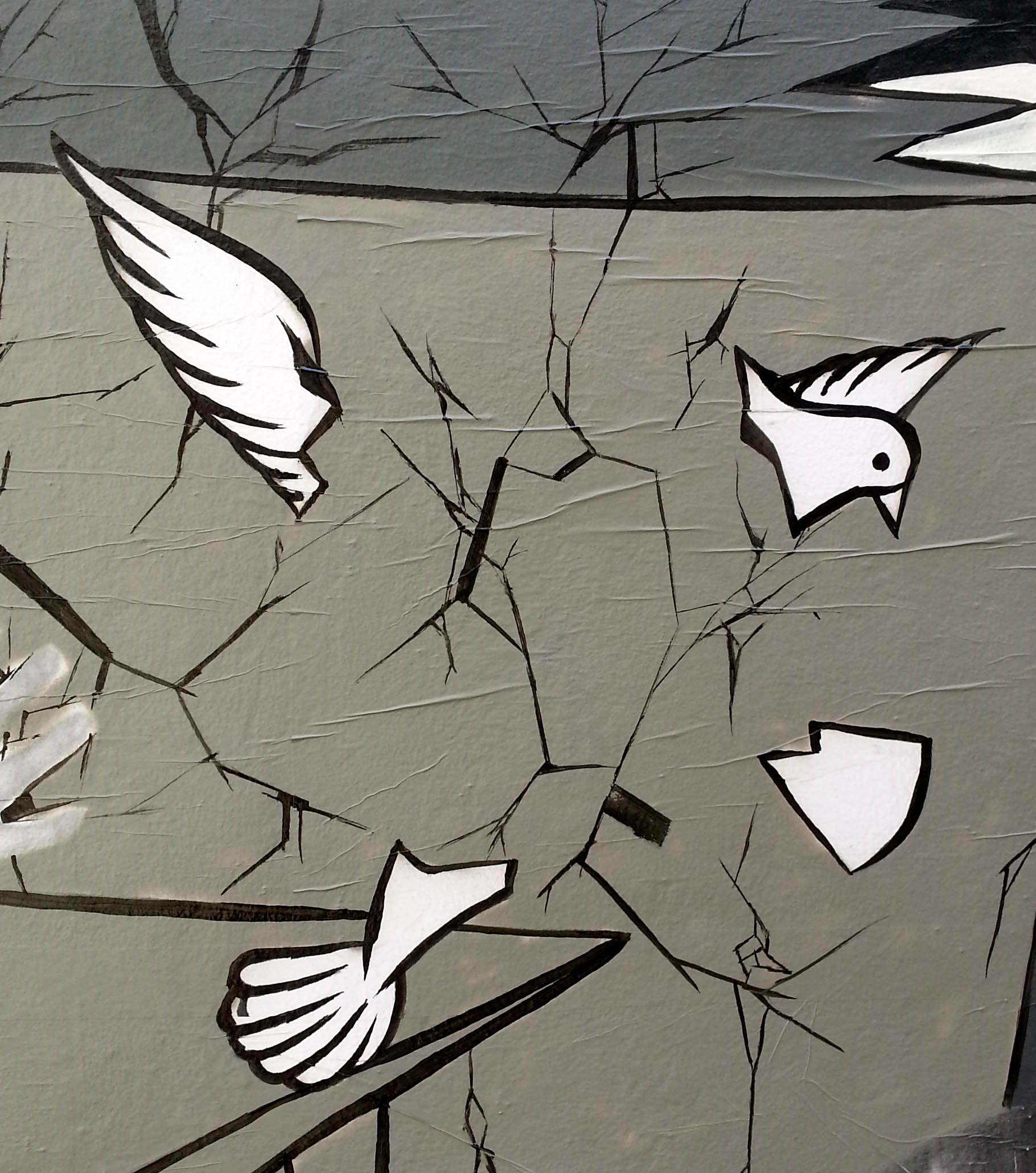 Bird of Peace: A dismembered peace 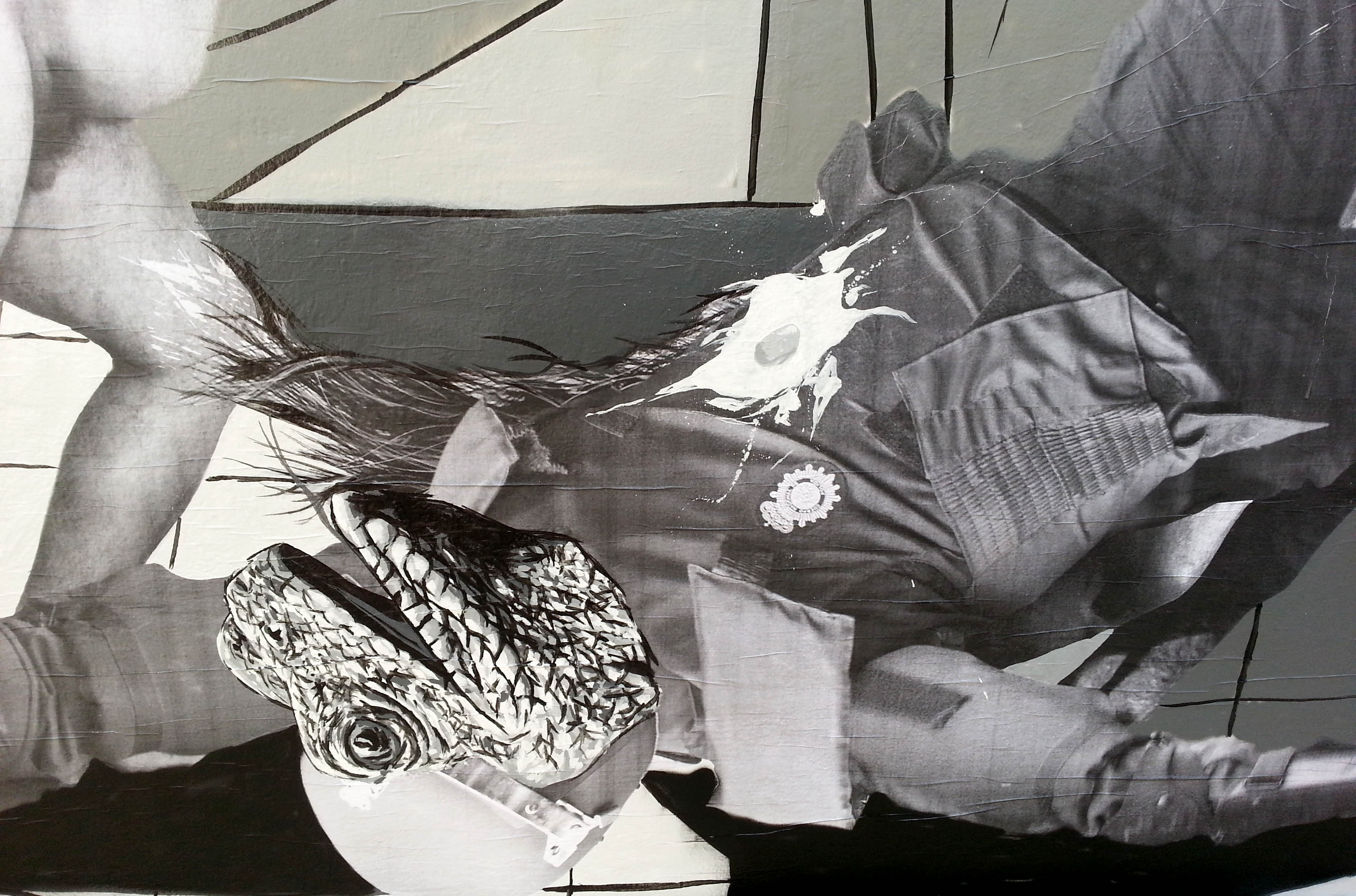 Riot Police: This represents the continuing riots in the streets caused by the policies of public cuts 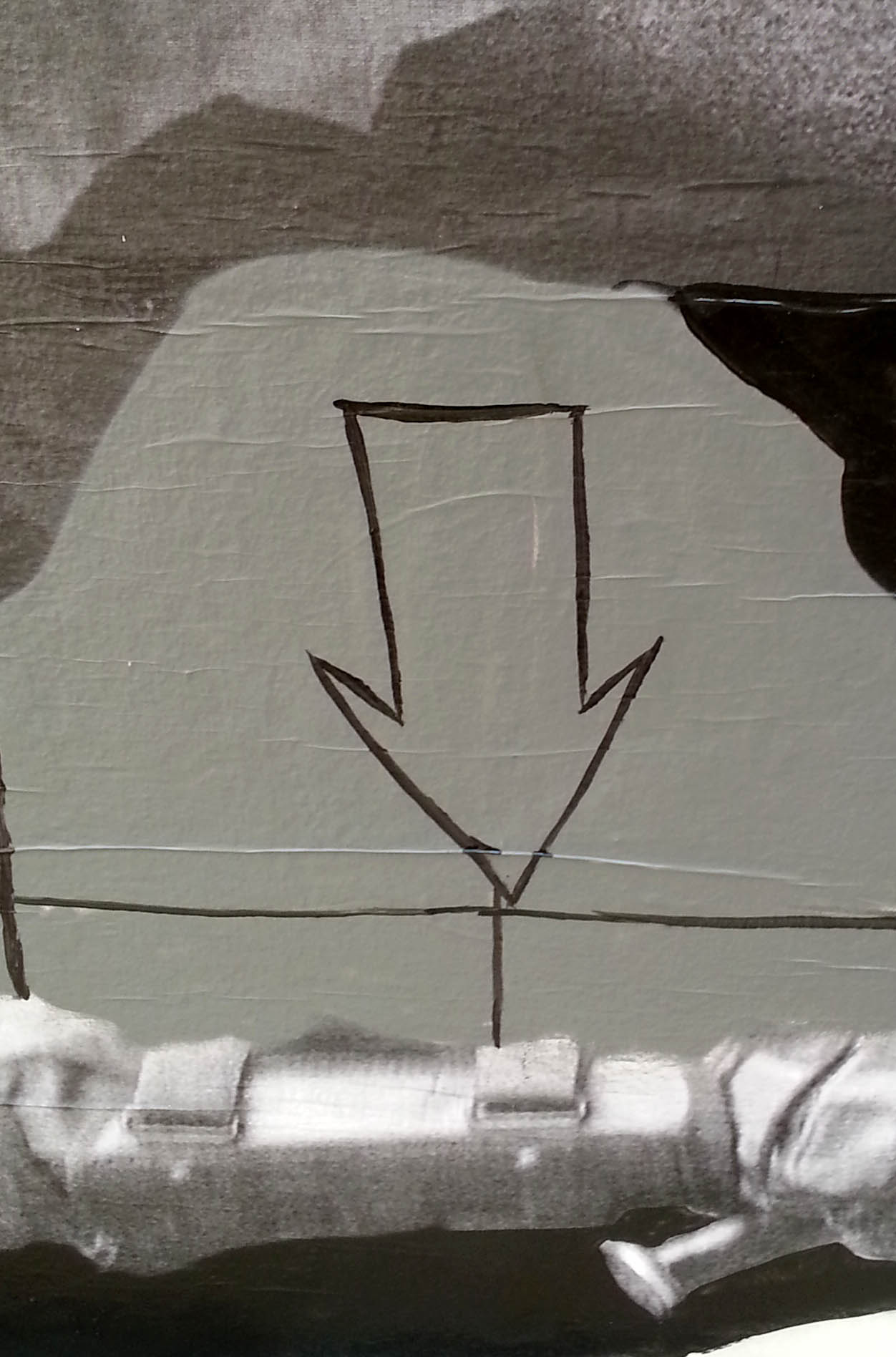 Arrow: Down direction, as the Spain demoralized

Bomb €uro: How the european economy has exploited in Spain 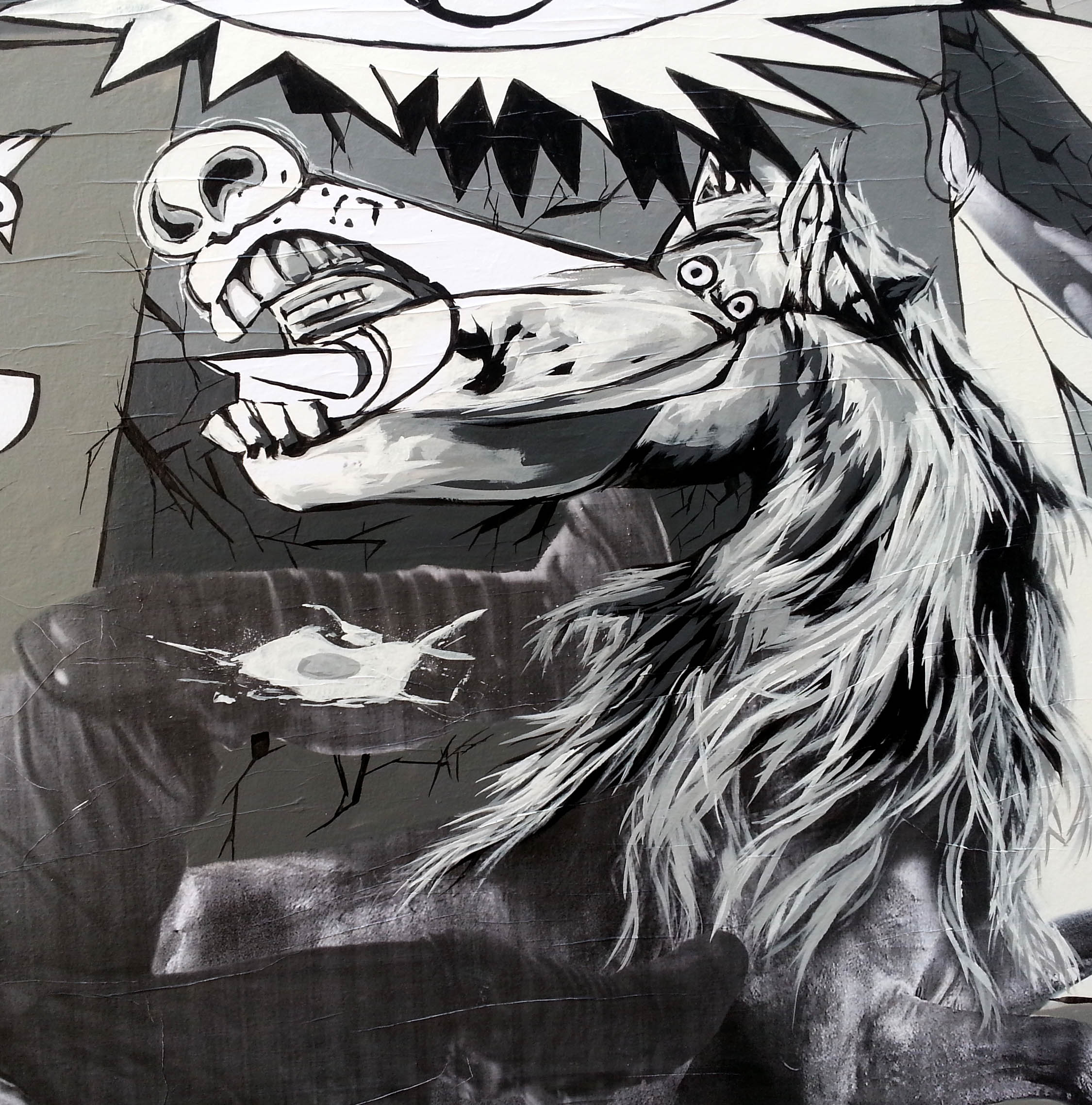 Battle Horse: The anger and rage of a country that does not let ride 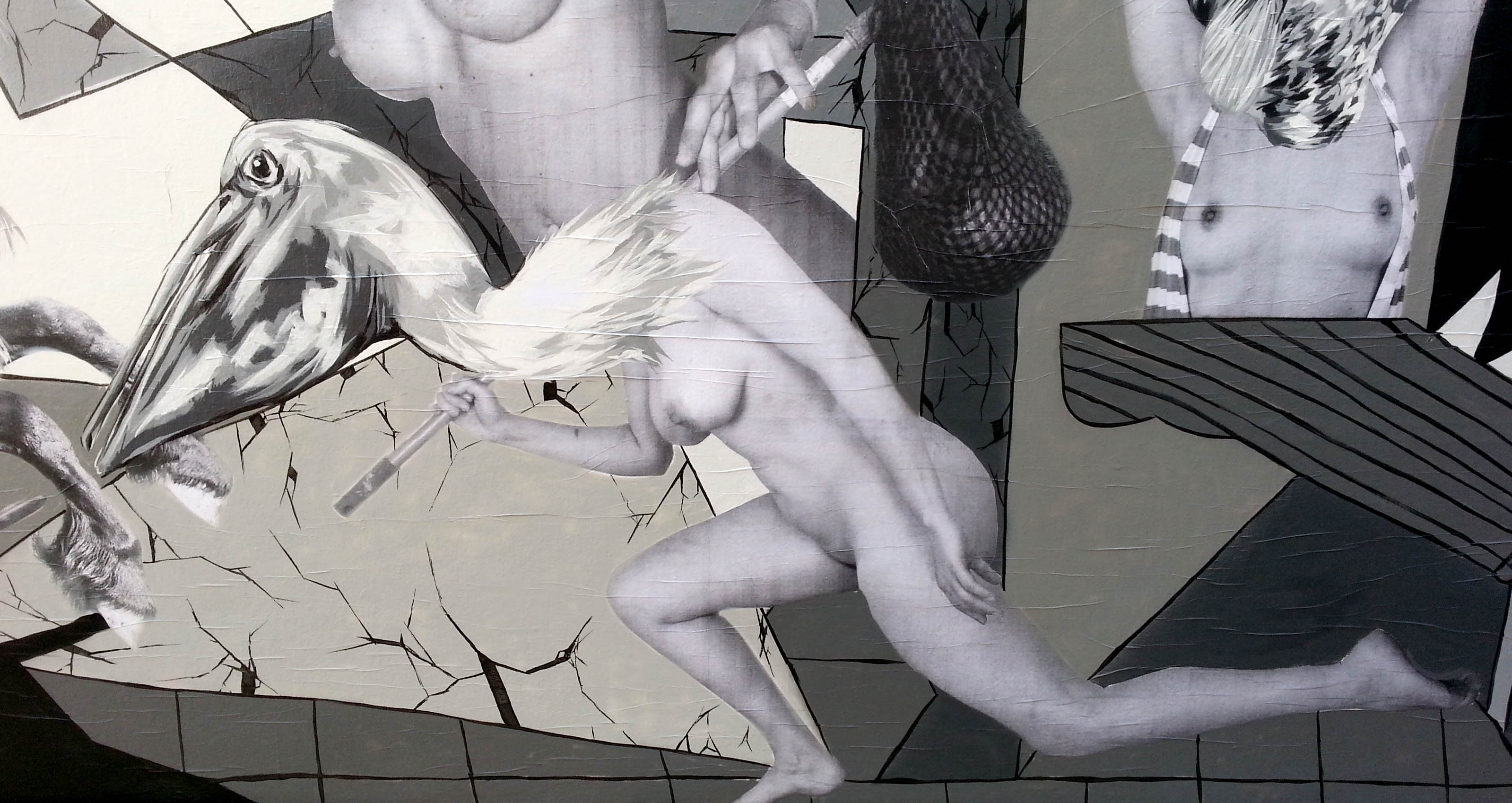 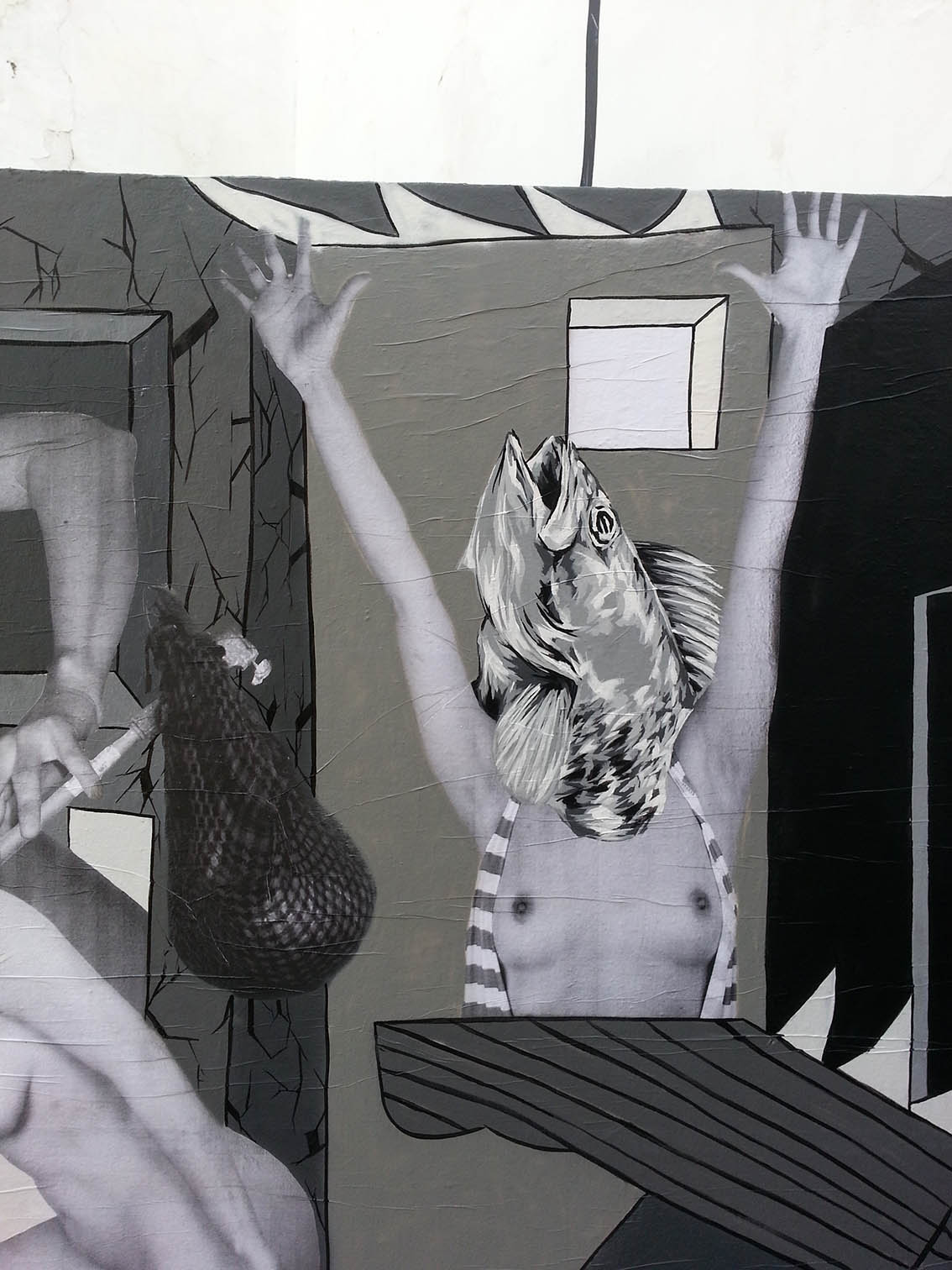 Evictions: The drama of thousand of people who loose their homes each day and some commit suicide 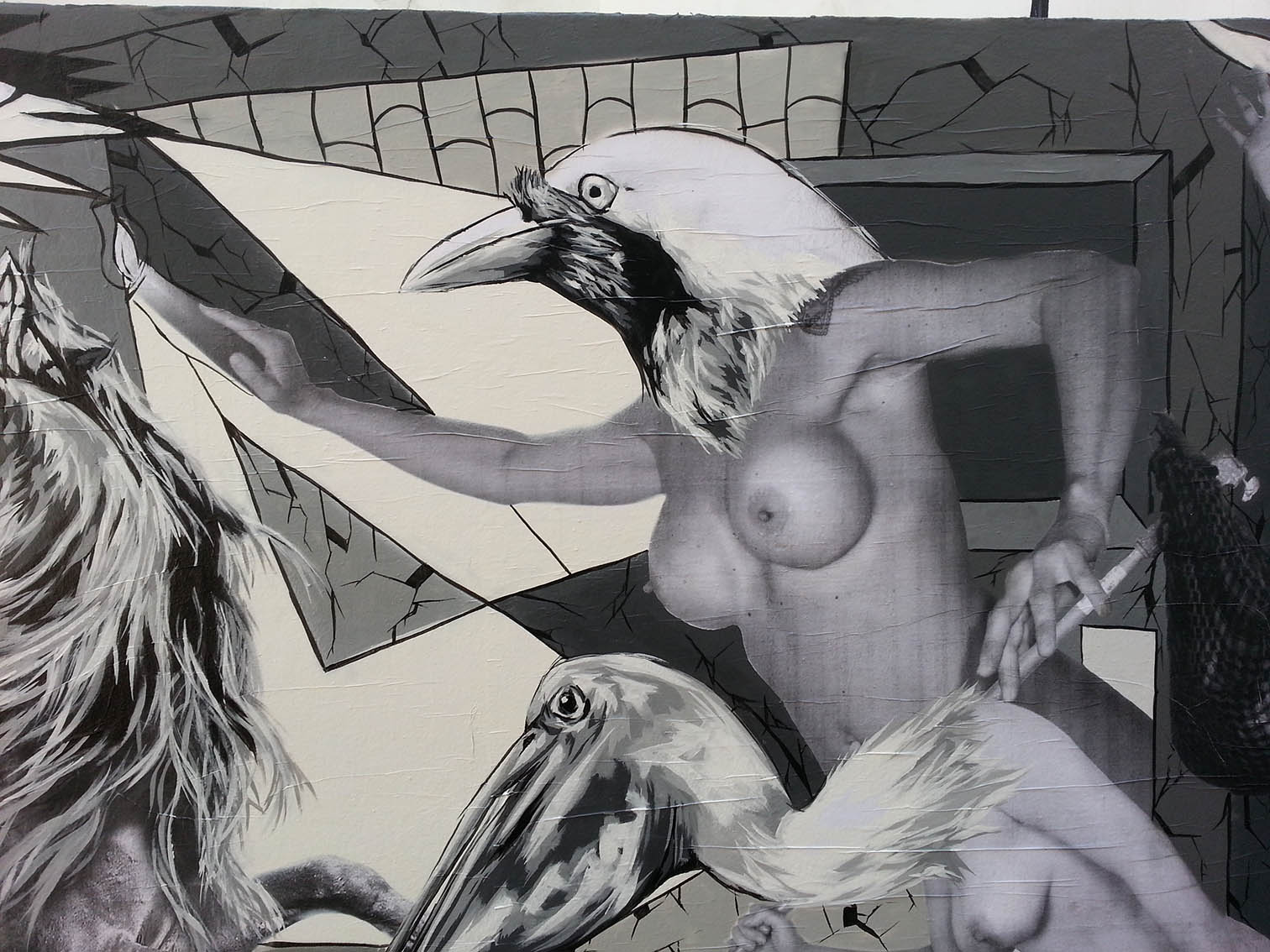 Hope: The main character, with a candle approaching to the €uro symbol

We respect and support Vinz's work very much here at Wooster Collective. Don't miss your chance to grab one of the Vinz Limited Edition Box Sets or the Vinz edition of Wooster on Paper while they last!