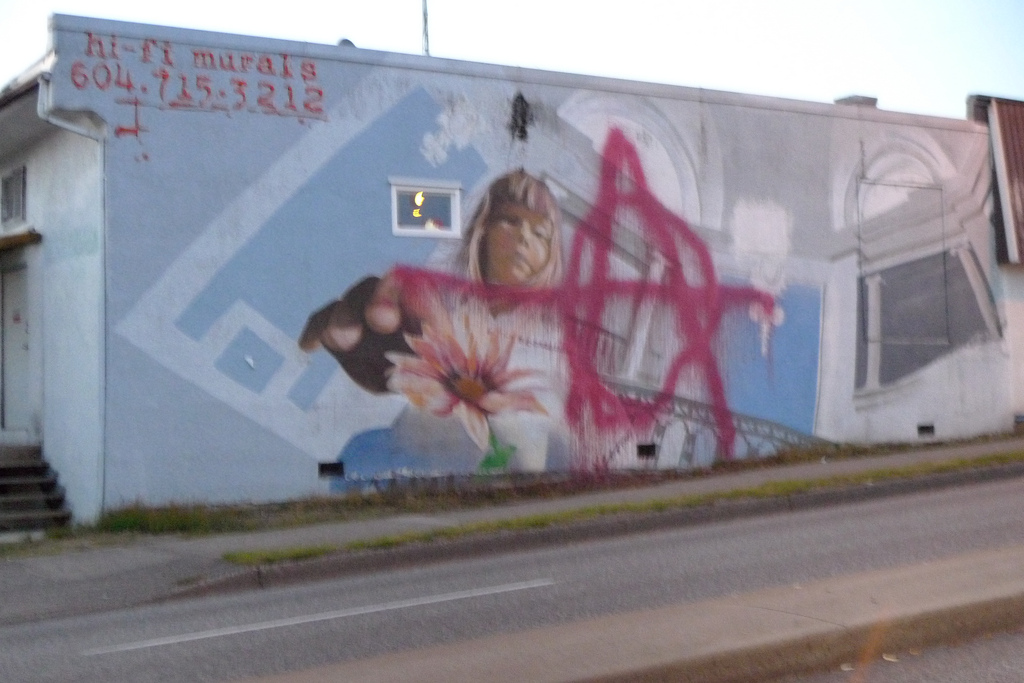 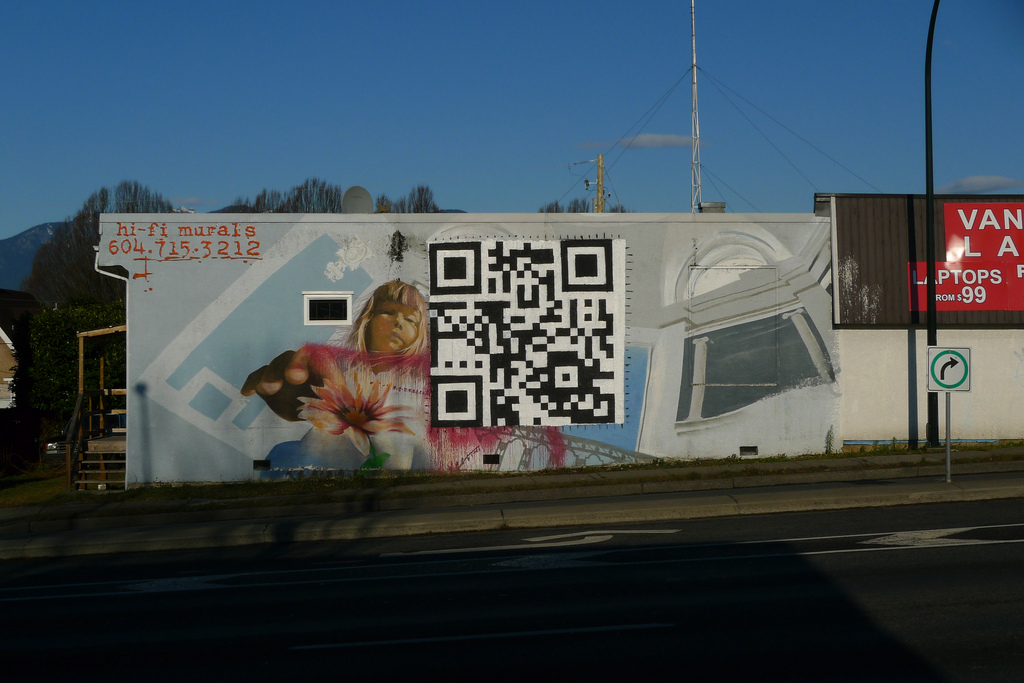 "I'm not sure when the mural above first appeared in  Vancouver, British Columbia. But I recently noticed a QR code painted over an offending tag that had been sprayed on the mural. Remarkably, the QR Code takes you to an image of the mural before it was vandalized. 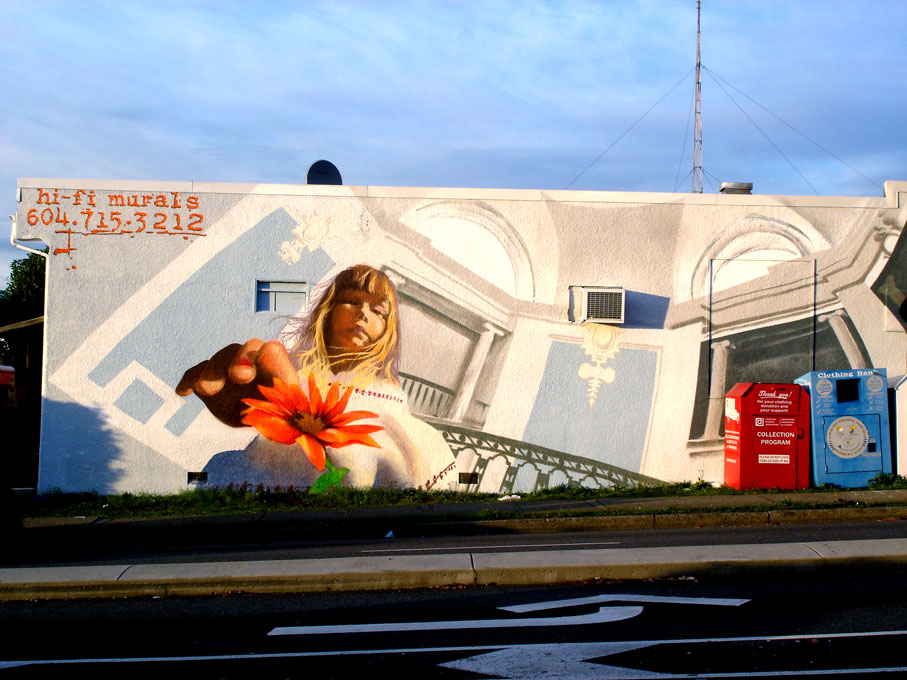 You can find our more more about the mural from the artist's website but here's what the QR code brings you to..

"AUDREY - approx. 45' x 14' - Located on First Avenue at Nanaimo Street, Van., BC - painted Oct. 2005 This mural was sponsored by the City of Vancouver as a deterrent to graffiti.and as a means of helping to beautify the neighborhood. The subject of this mural is Audrey, my daughter, and the background is in the Vancouver Art Gallery. I was trying to capture a dreamlike setting while keeping the image simple in order not to distract the passing motorists."