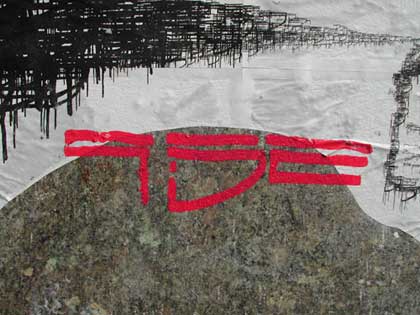 It doesn’t
take fi5e long to get back out on the streets
with a new project. Of all the projects we’ve put up lately, fi5e’s graf
analysis and his ascii attack on the New York City Council have definately been
the most popular. As soon as you see one of his projects, it’s clear that fi5e’s
a true genius in how he looks at the street and how he goes about integrating
his ideas and his art.

So what’s he been up to lately?
/>fi5e’s been taking a hand written graffiti tag and then scanning it into a
computer. The letter forms of the tag are then used in a custom drawing
application to create illustrations. The prints in the photos below were created
using only repeated images of the initial tag. 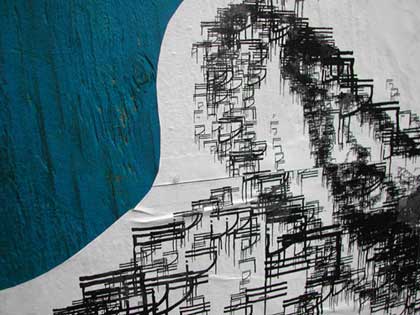 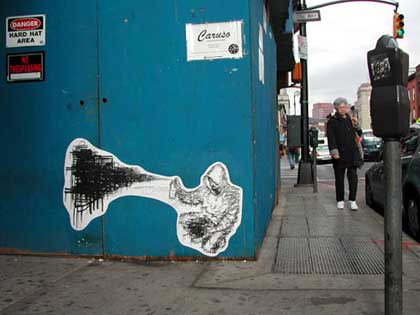