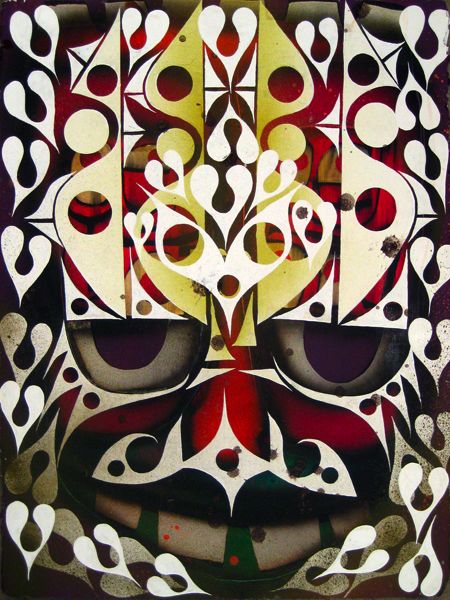 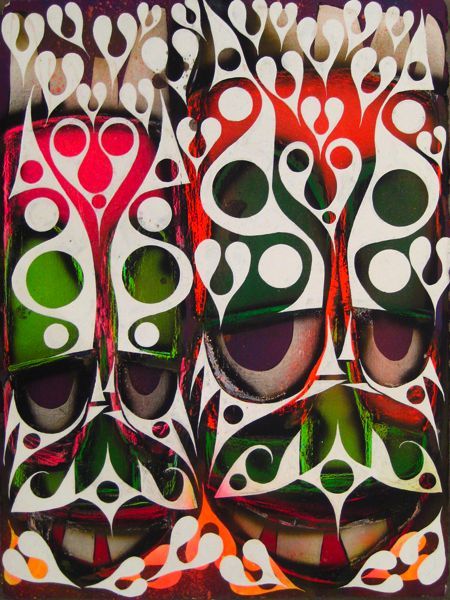 Not too long ago, while in Boston for Shepard Fairey’s opening at the ICA, Sara and I found ourselves in a spirited conversation with the artist Phil Frost and New York gallerist Jonathan LeVine. I asked Jonathan if he and Phil were going to work together. Knowing how much I love Phil’s work, Jonathan gave me one of his signature wicked smiles and said simply - “We’re working on it.”

Of all events to happen this year, this is the one show that we’ve been most excited about.

We couldn’t be more thrilled to let you know that this Saturday night Phil Frost’s “Paperweight: An Exhibition of Works on Paper” will open at the Jonathan LeVine Gallery in New York. It’s Phil’s first exhibition in New York in over three years.

What we love most about Phil’s work is the range of mediums that he uses - including ink, aerosol, gouache and oils, all beneath a layer of “White Out” correction fluid.

From the press release:  “The white-out element often appears to form a code or language, composed of letters, hearts, dots and mask-like faces, reminiscent of tribal and indigenous art. These symbols, which the artist refers to as “glyphic distinctions,” are painted on top of heavily textured backgrounds. The overall effect is a masking yet highlighting of negative space, like a delicate lace of personal faith and truth, veiling the decay of humanity. Frost’s deep pantheistic spirituality is expressed through imagery such as in the open-heart motif, which represents the surrender of self to a higher purpose.”