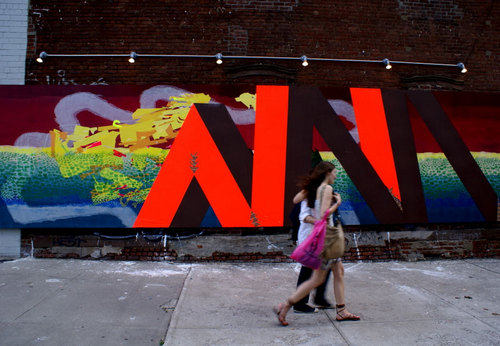 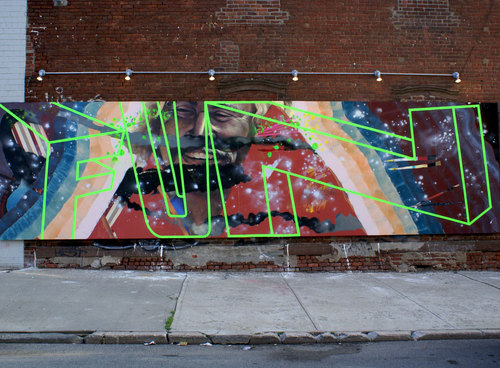 In June and July, MOMO and Melissa Brown have been collaborating on a new project for the Espeis Gallery in Williamsburg. The gallery brought their thirty foot long drawing inside and are having an opening for it this coming Saturday June 12th 7-9pm.

For the month of June Melissa and MOMO have been destroying each other’s paintings (every odd numbered day for the month of June) on the wall outside the gallery, called Espeis Outside. This space was started by WK when he mounted the painting he did for Obey vs. WK in Tokyo on the exterior wall of the Espeis Gallery as part of his December show. The evolution of that space since December is documented here.

MOMO and Melissa have built a show around this street painting battle. A collaborative screenprint that will be released via the Gallery website on Saturday night.