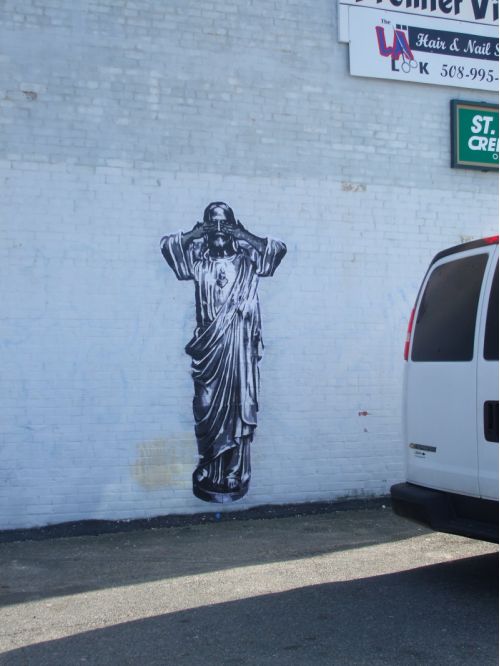 We’re always amazed at the effect that street art can have.  The other day, the New England based artist Maki105 placed “Peek-A-Boo Jesus” on the side of a video store in New Bedford, Mass.

Yesterday, the following story ran in the Boston papers: 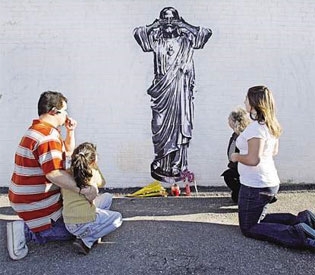 She had plenty of company there in the parking lot of Premier Video, where the slightly larger-than-life depiction of the Saviour appeared on the wall sometime last weekend. In a one-hour span around noon Wednesday, at least 35 people walked or drove to the lot just to see the figure that is pasted to the white brick.

They came from miles around. They were young and old, sometimes three generations of a family in a car. There were blue-collar workers with their buddies, retirees, teenagers. They brought cameras and took pictures of each other near the figure of Christ. Some brought flowers, real and artificial, and some brought candles that flickered in their jars in the spring breeze.

(Note: Our friend tells us - “best pizza in that area is in that building, so if anyone wants to see the miracle, stop by and get a Ray’s pie!”)