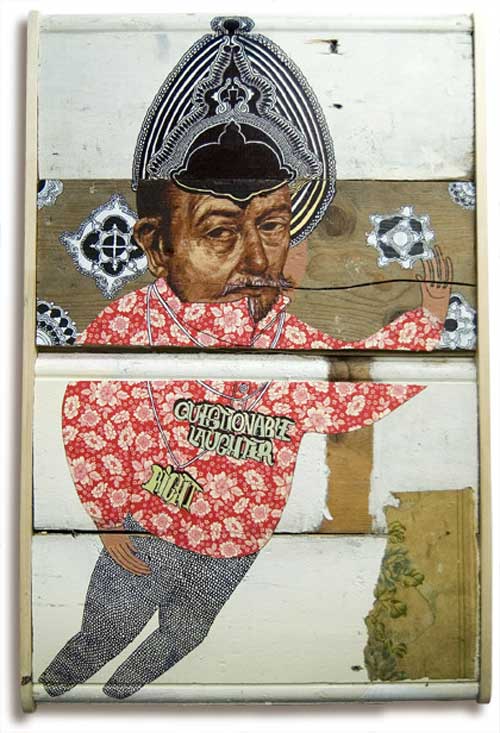 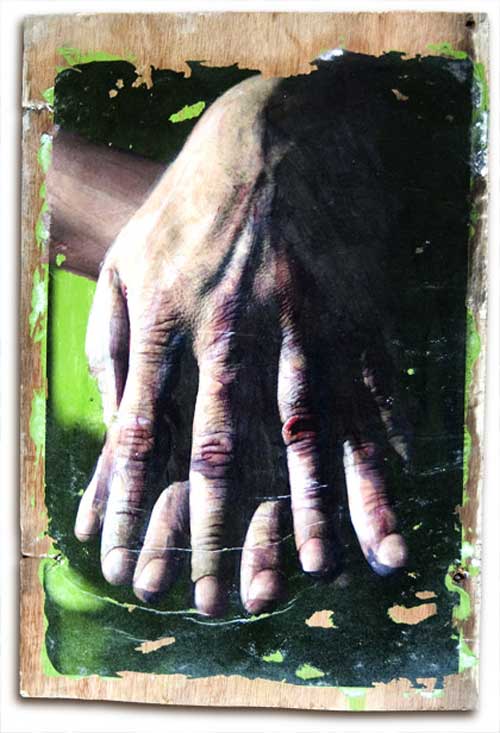 Last night in Dublin Asbestos and Other opened a new show called “Hope & Despair”.  Other made his way over to Dublin last week from his new base in Berlin and they’ve been painting feverishly since then.  All the work has been painted on object found in skips and dumpsters from Paris, Berlin and Dublin, with Other painting his well know disjointed characters with ponderous expressions on their contorted faces, their elaborate costumes topped of with fantastical headwear that can range from crowns to fishing boats.  Asbestos is forging a new direction with his portrait photographs of street artists and other friends that he processes, then paints with acrylics onto found objects.

The show runs through November 26th.  Here’s the info: