As was the case last year, December is shaping up to be an amazing month of shows in New York.

This weekend, there are two shows that you won’t want to miss.

On Friday night, WK launches a rare solo show in Brooklyn (see below). And then on Saturday night, Blek le Rat, Blu, Bo130, D*Face, Microbo and Space Invader will all be showing new work as part of “The Streets of Europe: A Survey of European Street Art” opening at the Jonathan Levine Gallery in Chelsea.

More on both shows later in the week. 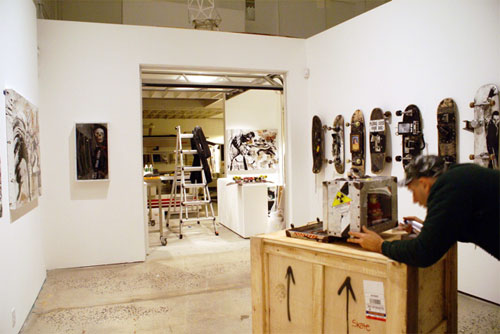