As we celebrate our 10th Anniversary of the Wooster Collective website, we asked a group of artists who we showcased in the beginnings of the website the following question:

The following response comes from DHM 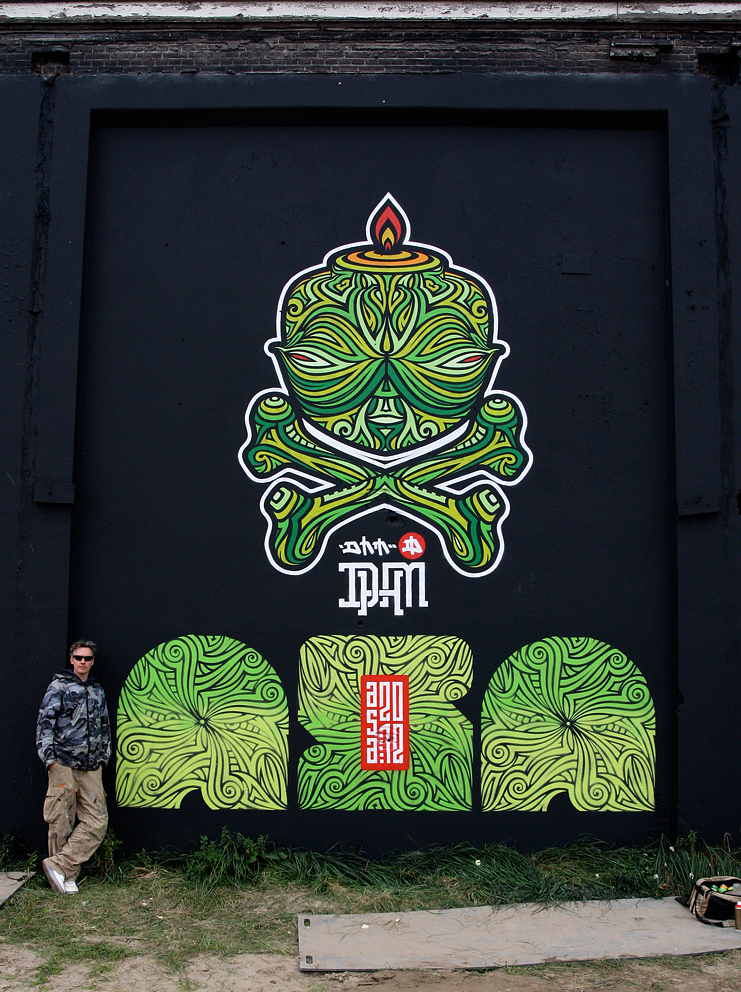 Is probably the best lesson I was given these last 10 years.
The lesson was in connection to painting, but it also works in life.

As a graphic designer I was used to everything always being perfect and tight
in the graphics that I used on the streets.   In 2005 when I started to paint with the KMDG collective, there was no time to work as detailed and controlled as I was used to. The way KMDG painted was: one big canvas or wall, egos at the door and everybody paints in and over each other's work. So I was basically forced to "Let it go" and go and explore other (quicker) styles to paint. And of course "Let it go" means letting go of that nice line drawing you have been working on for an hour because it is now being painted over by a guy with a white paint roller who smiles and says "Let it go"! (really happened). Painting with so many different artists in a short period of time gave me a really good feel for experimentation, and probably brought me quicker into the direction of my own paint style. These early KMDG paint sessions were mostly about the experience and not so much about the result.