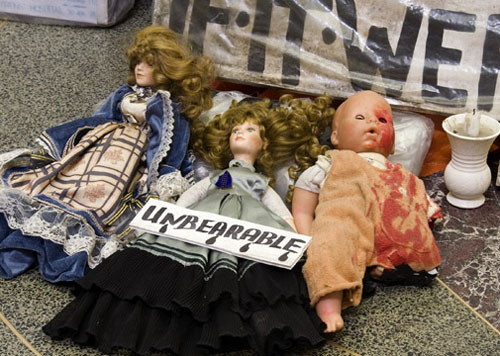 For State Britain, Wallinger recreated over 600 items including photographs, flags, flyers, and posters that Haw collected from supports (including Banksy) over a five year period.

Haw’s protest started in June of 2001 opposite the Palace of Westminster. In May of 2006 most of Haw’s installation was taken down after the the passing by Parliament of the ‘Serious Organised Crime and Police Act’ which prohibits “unauthorized demonstrations within a one kilometer radius of Parliament Square” 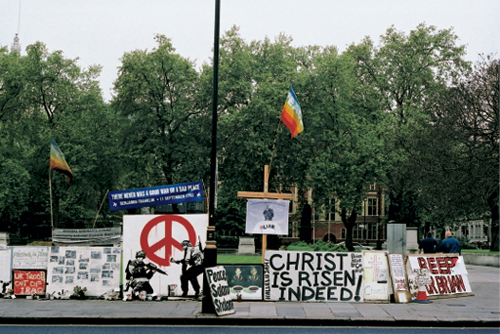