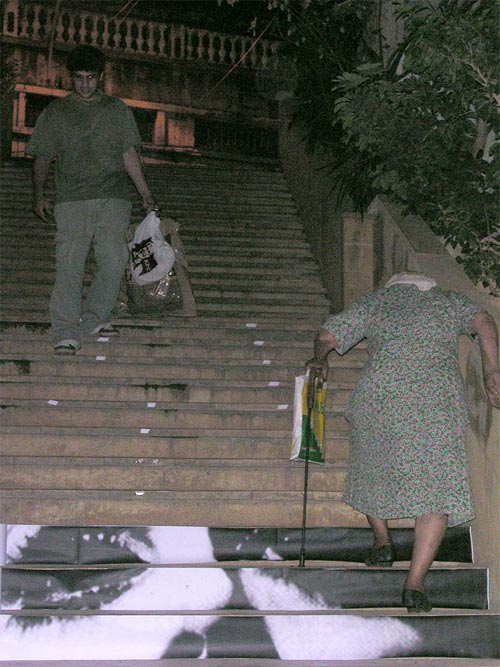 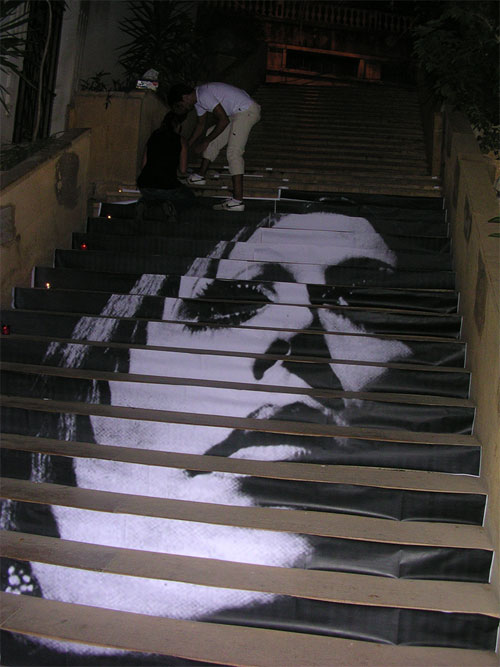 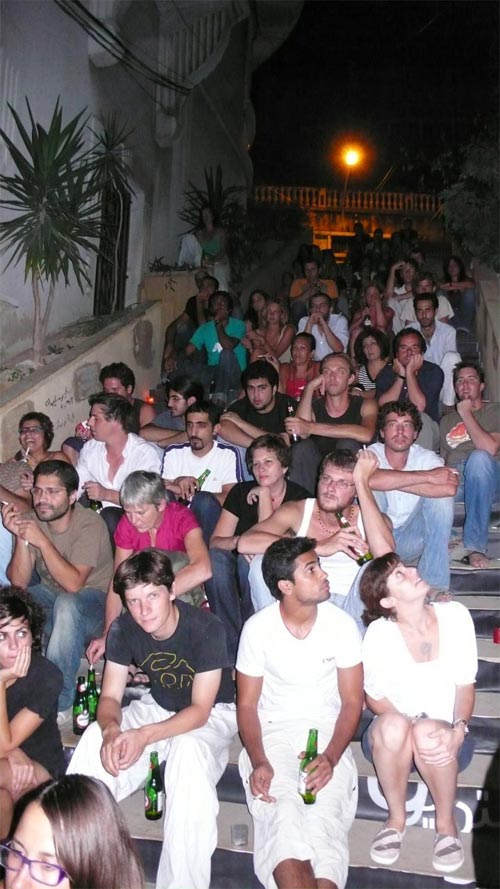 The residents of our cities lost the freedom to move around.

the public spaces that act as catalysers of the urban realm are appropriated.

They where claimed as private in the male struggle for power by the lethal bullets of snipers.

The stairs of gemmayzeh where one of those victims.

Now it was time to act and try to reclaim these spaces.

Open Air cinema ,a tribute to Fairuz the famous Lebanese singer, was a spontaneous extracurricular intervention During a workshop on public spaces organized by studiobeirut, Archis and Partizan Publik.

The idea was to reclaim the stairs as public space by screening a documentary on Fairuz and the Lebanese war.

The art intervention came as a mean to appropriate the stair case and declare the physical and the visual united.

The black and white image in the flyer was scaled up and printed as a 3mx3m poster. The printout was sliced into pieces then installed on the riser of the staircase.

The original image can be seen from a vantage point at a far distance and at close-up it turns into thousands of pixels.

The aim of the artwork is to attract the locals and to try to re-familiarize the public space in a therapeutic way.”