In early 2007, after finishing up curating our 11 Spring exhibition, Sara and I received a phone call from a wonderful book editor named Ethel Seno.  Ethel, who had recently finished working with David LaChapelle on Heaven To Hell, was looking for her next project and had been speaking to her boss, Benedikt Taschen, about doing a big book on urban art. She asked if we were interested in collaborating.

Having collected TASCHEN books for many years, and knowing the quality of the books that Benedikt Taschen puts his name to, we were thrilled to receive Ethel’s call. But what we weren’t interested in doing, and something we told Ethel when we first spoke, was to work on developing another “street art book.”  Even back in 2007 there were already tons of quickly produced street art books in the stores, and while a few of them were indeed very good, we didn’t want to add another book to an already crowded genre.

In talking with Ethel, we said that we wouldn’t be interested in doing the book without including the writer Carlo McCormick whom we felt knew the subject better than anyone else on the planet, and could add wonderful context and a fresh perspective. Soon Carlo was brought into the conversations and a couple of months later contracts were signed and we all rolled up our sleeves and started work. 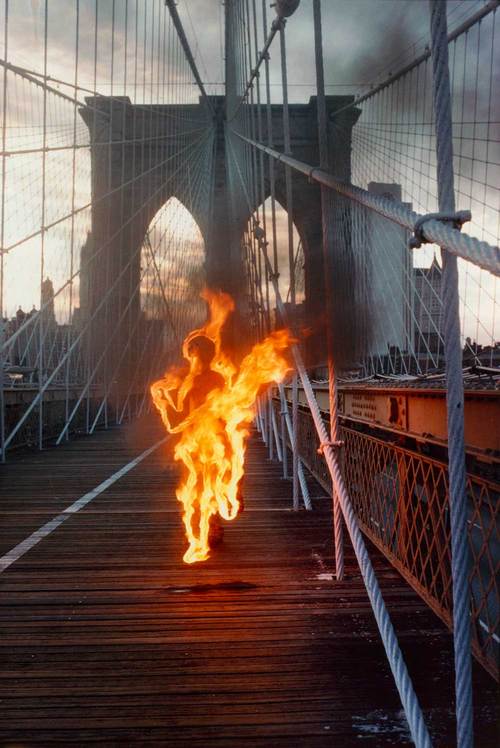 We’re thrilled to announce that in just a few weeks time, after three years of development, TRESPASS: A HISTORY OF UNCOMMISSIONED URBAN ART will finally hit stores around the world. We couldn’t be happier as TRESPASS is definitely the book that we all wanted to make. And while the book does include some wonderful examples of street art and graffiti, it’s much, much more than that. Using the act of trespassing as a narrative thread to bring together a very disparate group of artists, we set out to find visual documentation of ephemeral acts of public art that in many cases had no known photos. Unlike other books that are grouped by decades (“The 70’s, “The 80’s”..) or by medium (“Stencils”, “Wheatpastes”...) or by location (US, Europe, Asia….) the chapters in TRESPASS are, thanks to the brilliance of Carlo McCormick, organized by a series of very unique themes including: Conquest of Space, Public Memory/Private Secrets, and Magical Thinking. In addition to Carlo’s text the book not only includes essays by Sara and myself, Anne Pasternak from Creative Time, and civil rights lawyer Tony Serra. Finally, to set the theme of the book into motion, TRESPASS opens with a wonderful introduction penned by Banksy.

With over 300 pages of works by more than 150 artists, Trespass ultimately brings together into one book four generations of artists that include Jean Tinguely, Philippe Petit, Paolo Buggiani, Duke Riley, Spencer Tunick, Keith Haring, Os Gemeos, Jenny Holzer, Barry McGee, Gordon Matta-Clark, Shepard Fairey, Blu, Billboard Liberation Front, Guerrilla Girls and Banksy, among others. If you’re a regular Wooster reader, some of the photos may be familiar to you. But many of them will surprise you, as the book includes dozens of never seen before photographs of long-lost ephemeral works. In putting the book together with Carlo and Ethel, we held true to one fundamental rule:  Every photograph in the book had to be of a work that was unauthorized and lacked permission.  Commissioned work, even even if the photographs were absolutely spectacular, would not be included. 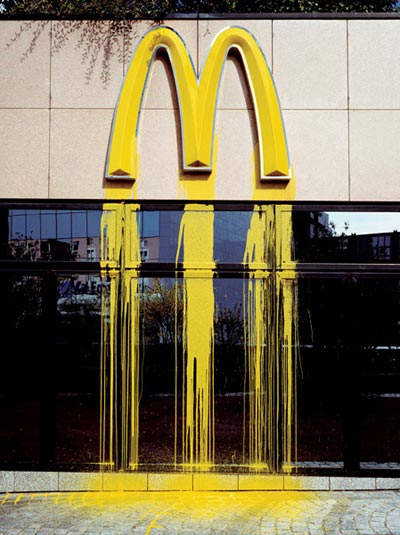 In an early conversation with Benedikt Taschen, Sara stressed the fact that for us to truly put out the book we all hoped for, not only did the book have to be large format and of very high quality, but it also had to be extremely affordable.  Our wish was that the book would sell for under $50.00 so when we heard that TASCHEN had agree to a retail price of $39.99, we were absolutely thrilled.

So in the coming weeks stay tuned for more information about TRESPASS as like being parents of a new born baby, it’s a project that we’re very proud of and love talking about.  There are also plans for a series of launch events including one in New York on September 28th and one in Miami during Art Basel in December.

To give you an early taste of what the book is all about, click here for a special visual “leaf-through” of the book.

We can’t wait for all of you to see the finished book and to hear your thoughts and reactions.