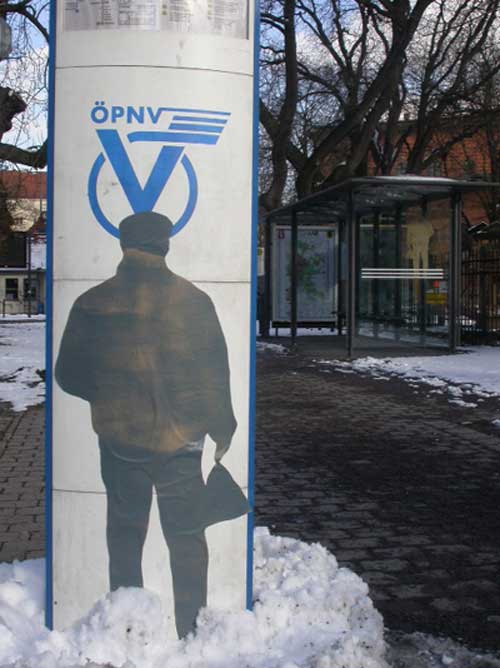 The Mirror Wall is a street-art project in Weimar, Germany I’ve featured before (here and here). Now that the artist is done with the project—part of her Bauhaus MFA thesis, which she defended successfully on Tuesday—I can identify her as my other half, Julaporn (Mok) Buakaow. Raised in Bangkok, educated in Chiang Mai, Weimar, and Minneapolis, Mok’s work often deals with personal identity and behavior within urban settings. And for her, Weimar has been a pretty unique place. During her first year there, she was accosted by neo-Nazi skinheads who spat in her face, roughed her up a bit, and berated her (they were surprised when this small Thai woman shouted right back at them in German). The police and the university came to her defense, but the citizens of the city maintained quiet detachment. Since then she’s noticed Weimar residents can be distant and removed, disinterested in taking on other people’s problems (Buchenwald, incidentally, is just 5 km away). Her project mirrors back the behaviors of these people through stencils—on sticker paper and painted directly on walls—that show them in physical or psychological isolation: walking, waiting, queueing, but always with their faces obscured or backs turned.