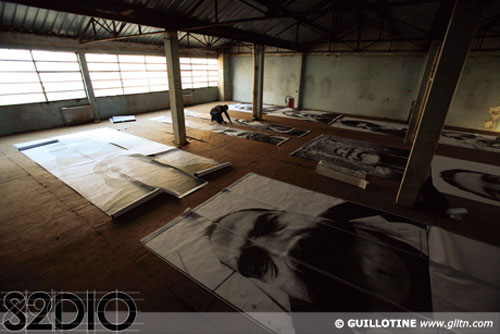 For the last two months Guillotine has been featuring a series called S2DIO, a look into
artist workspaces from around the world.

Nico from Guillotine tells us - “By doing so, we would like to allow people to discover the environment where art gets created, gets born, and also through this behind the scene action, show a glimpse of the life of an artist via the pictures that he/she decides to send and show.”

You can see the series here.