This Saturday, “The Hypothetical Development Organization” officially kicks off in New Orleans with an opening at the Du Mois Gallery. “The Hypothetical Development Organization”  identifys neglected-looking buildings and then dreams up “hypothetical” (absurd) futures for them. The idea is then rendered by a contributing artist, printed out on a sign and then placed on the original building—exactly like a real “developers” sign, only more interesting. 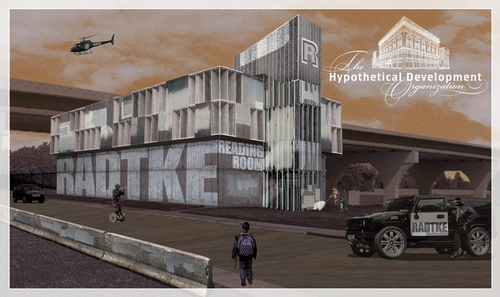 “Radtke Reading Room And Archive. New Orleans anti-graffiti zealot Fred Radtke is (in)famous for paint-rolling gray splotches over street art, and if you spend any time in New Orleans you will see his work everywhere. Even Banksy has referenced him. (And Radkte himself has been arrested at least once—for obliterating a legal mural). On some level Radkte’s splotches are his de facto “tag.” Indeed, one could argue that he is the all-out king of New Orleans; he’s tagged up the entire parish. In tribute, this building could serve as the new center of his operations. It is time to recognize Radkte’s role as a citywide bomber: When he goes up over your tag, he really goes up over your tag. Respect.” 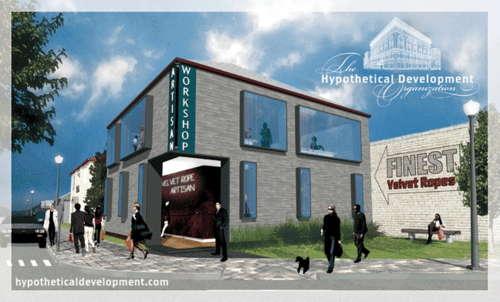 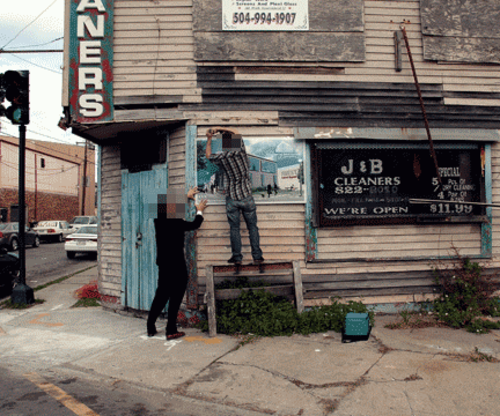 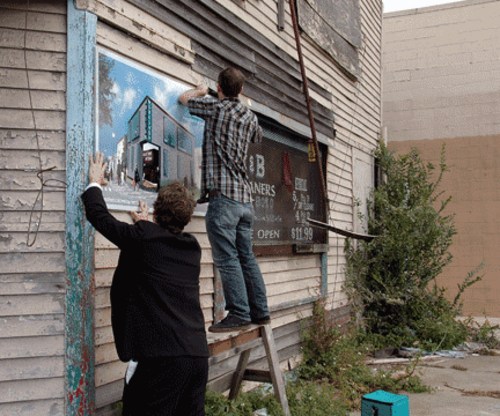 “Boutiques and artisinal products signal exclusivity, and thus economic vitality. Hypothetically, this building could be the workshop and boutique of the maker of artisanal velvet ropes. If you need a velvet rope, you don’t want just any old mass-produced velvet rope; you want a handmade, custom velvet rope, from a recognized velvet rope artisan. This classy and cutting-edge-looking business isn’t a fusty old velvet rope “shoppe,” it’s the place to get velvet ropes, as impressive and forward-thinking as those handmade by the trendiest velvet rope makers in Los Angeles, London, and Hong Kong.”