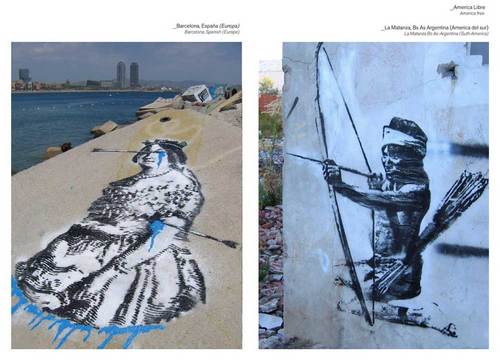 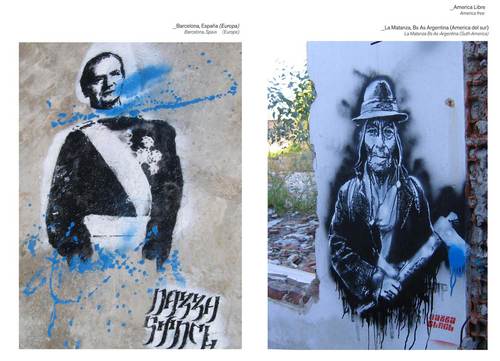 “My name is NAZZA and I do stencil work technique since 1994 in Argentina.

I live in a place called “La Matanza” (the murdering, mass murdering). The name was given because of the massacre of Indians here in 1890.  Argentina celebrates 200 years of independence and in this context I made this project. This work was to remember and appreciate the native people of Argentina against the Spanish crown main colonizing South America

Aboriginal paintings are made in “la matanza” by attacking Europe and painted in Europe are the King Juan Carlos of Spain and Queen Isabel who were attacked by Aborigines.

I apologize for the bad translation of the text
I do not speak English.