Age: 42
Hometown: My family left Cuba when I was three and settled down in North Plainfield, New Jersey.  I grew up going to keg parties in the woods and listening to hard music (Black Sabbath, Rush, Pantera, Bad Brains…) I remember it all as an adventure. I was cutting class all the time and moving from crazy thing to do to crazy thing to do.
Where do you now live?: For the last six years I have been living in Barcelona, Spain. Barcelona is really cool. Unique mountains and hip beaches surround it. Barcelona has Roman walls, Romanesque churches, Gothic palaces and architectural marvels of Catalan Modernisme all within a city with modern infrastructure. Your health care is covered and you don’t have to get up at 5 in the morning to move your car for the street cleaner.
Where would you most like to live?: I want to keep shuttling back and forth between Barcelona, NYC and Buenos Aires.
Who was your first “hero” in life?: I never looked for hero figures as I was growing up. Now as an adult I realize the incredible effort that my parents put into raising my two older brothers and I. My parents are my heroes.
What is your favorite thing to do on your day off from work?: I like to spend my free time with family and friends. I had the awesome luck of talking an intelligent, creative and beautiful woman into being my best friend and wife. We have great little kids together and I love to spend time with them. Actually there is no delineation between our creative life and our family life. When Ana has to travel to do projects, or I have to travel to do projects, the rest of the family usually comes along.
What is your favorite color?: My oldest son has hazel eyes that are a golden green.
Who (or what) do you love?: I love the fact that I have learned to appreciate the moments in life when things are good. 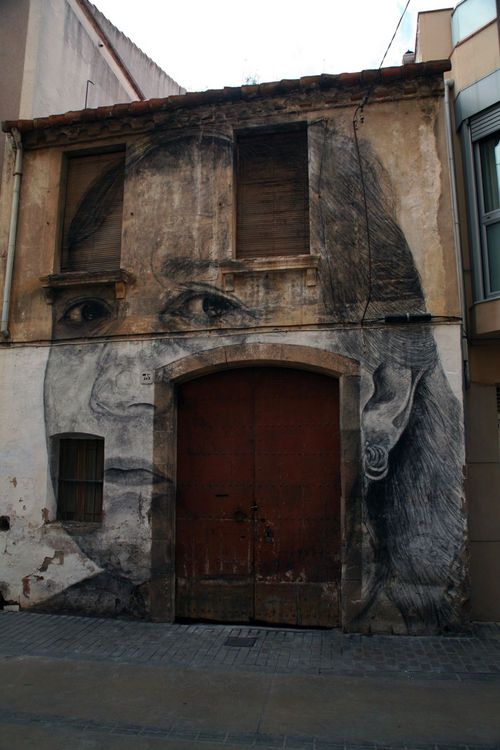 Wooster: Who and/or what are some of your influences?

I started hanging out in Manhattan at the age of 16. In my early twenties I helped form the art group Artfux. Blue Man Group was just starting out at the Astor Place Theatre. They threw really cool parties and the atmosphere around them was really creative. Tompkins Square Park in the East Village was called “Tent City” then and Alphabet City was a free for all. Johnny Swing had a studio in a former gas station at Second Street and Avenue B. He was bolting and welding sculptures made from found metal objects all over NYC. Stephen Marsh and his industrial junk-rock trio Wisdom Tooth were playing out a lot. It was all really colorful and fun. I was surrounded by theater, music and art that was breaking barriers and it all made it seem natural that I should want to do the same.

I admire artists from different periods because of how they have impacted me at different times in my life. Leonardo da Vinci, Jean Giraud, Marcel Duchamp, John Heartfield, Ana Mendieta, Chris Burden, Barbara Kruger, Mark Pauline, Christo and Jeanne-Claude, Joseph Beuys and Anselm Kiefer are each a little part of me as an artist. With my contemporaries I would have to say that Swoon, Blu, and Marc Jenkins have impressed me not only with what they say with what they create, but also because of who they are as people.

My art is usually found within the urban landscape. City textures are my favorite background for my work. I like to work with ephemeral materials. One of my directions is to create large charcoal portraits of anonymous people on inner city walls that fade away with the wind and rain.

If I had another lifetime to devote to something else I would probably be an archeologist.

How the lack of empathy from governments hijacked by corporate greed, communist and right wing dictators, religious fanatics and all other types of oligarchs could leave this world for my children.

I would like to be able to continue creating artwork until I am old and feeble.