For years we’ve been massive fans of the work of the Chinese contemporary artist Liu Bolin.

Back in December, over a bottle of wine with Liu Bolin’s gallerist Eli Klein, we discussed bringing the artist to NYC to do a series of live outdoor performances, paintings, and photographs.

At the time, we said to Eli -  “How cool would it be if Liu Bolin were to camouflage himself into Kenny Scharf’s mural on Bowery and Houston” 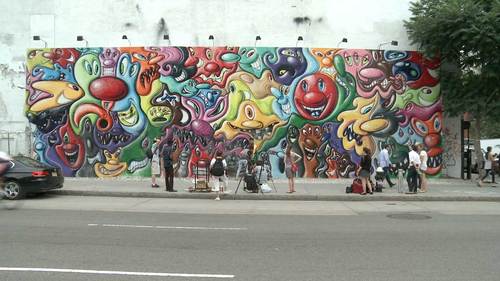 After months of planning, and with the help of Tony Goldman and everyone at the Eli Klein Gallery, we actually pulled it off earlier today.

After flying in from China last night, Liu Bolin spent the morning being painted by his assistants…. and by Kenny Scharf himself. 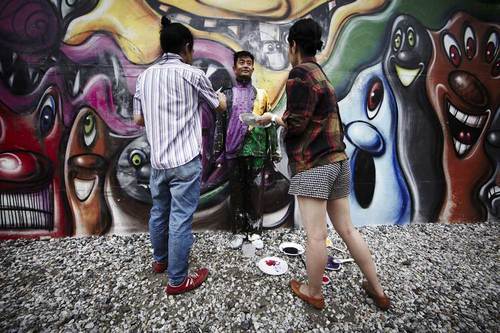 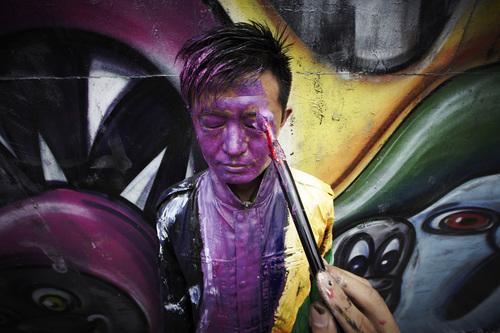 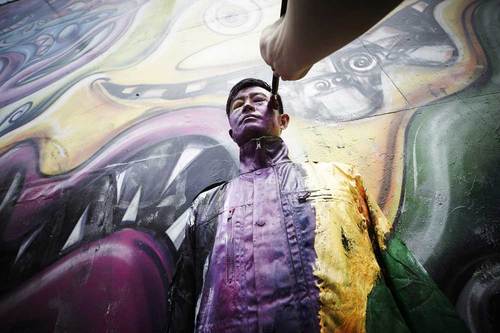 The results could not have been more spectacular.

While the final photos won’t be released for a few more months, here’s a sneak peak of what one of them looked like: 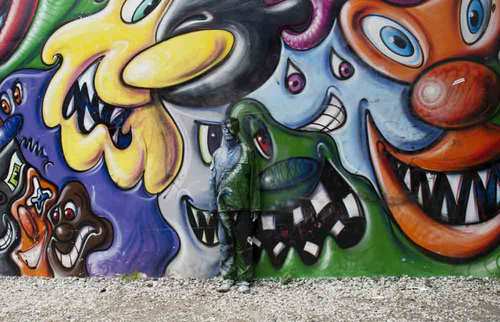