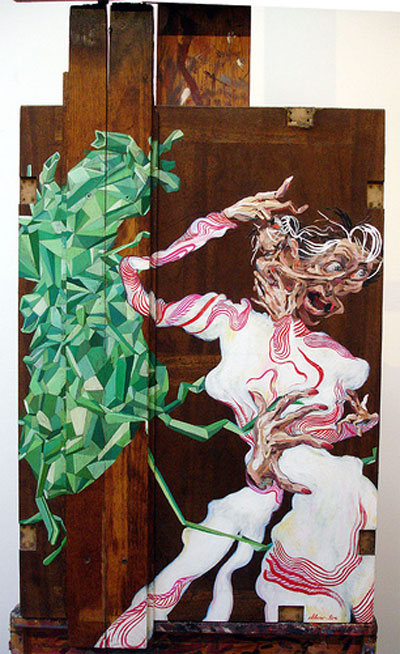 If you attended the Wooster on Spring show in December, then you - like us - were probably blown away by the work of the Brooklyn based artist, Elbow-Toe.

In the last few months Elbow-Toe has been putting together a series of painting for two upcoming shows, one in London and one this week here in New York.

The top two pieces will be part of a show called Eleven that opens on March 9th in London at the Leonard Street Gallery.

The last piece will be at the Street Art Show @ The Pure Project in Soho which opens March 2nd.  We’re told that to attend the opening you need to RSVP to rsvp@thepureproject.com for location details and entry. A special Street Art talk by Leon Reid will be held on Sun., March 4th at 3pm