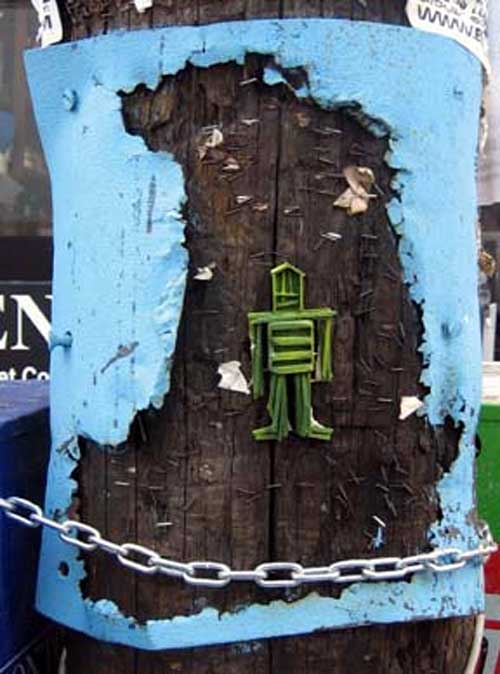 Having documented street art for now over five years, for one reason or another, you start become attached to certain artists even though you have never met them or know very little about where they are from and why they do what they do.  One artist who Sara and I have always been a bit obsessed with is Stikman.  What we love about Stikman is that every single piece he puts up is a new take on his iconic stikman character.  He sent us this update late last week:

STIKMAN Has just returned from a thousand mile journey across the state of New York and the province of Ontario. Along the way I spread hundreds of STIKMEN and STIKMAN paintings in the cities and towns that I encountered. In Toronto I installed a wide variety of artworks throughout 50 miles of streets and alleyways. I was lucky enough to have a chance encounter in a parking lot with the art prankster Istvan Kantor, the godfather of culture jamming and the founder of Neoism. He was painting one hundred works an hour for seven hours so I was able watch him work his magic and pick up some paintings and do a little collaborating.( the last photo is of two of the paintings that were painted that day by Istvan)