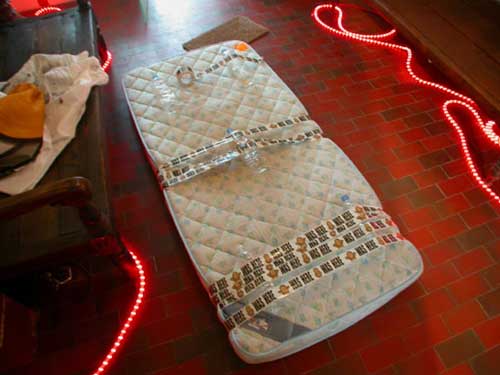 coming back home after a trip in Paris (where i had a 15 days exhibition). During this show i enjoyed meeting some old friends and doing some stuff in the city.

One morning i discovered an old mastress in the street where i lived, brang it back home, put some bottles under it, covered it with plastic and then paint a sheet on it….

Then we went with some friends to the seine river and threw it in the water at 7 PM when everybody’s drinking aperitif on the shore near “Notre-dame” church.

the stuff began to go away keeping close to the shore 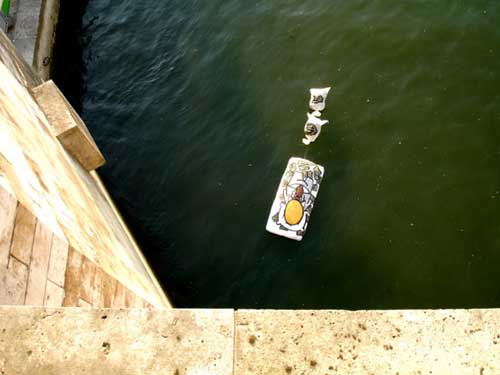 The stuff represent a gouzou (my character) in necktie and costume sleeping on lots of banknote and trailing behind some bags full of money. 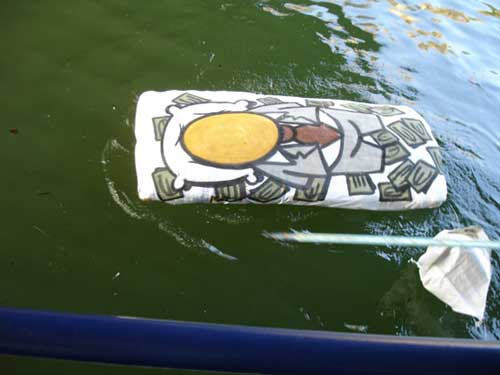 It symbolises our french political men who steal (avert ?) millions from public funds and deposit it on foreign bank account, at the same time more and more homeless are sleeping under bridge in Paris and governement is asking us to make effort for the nation : fuck that shit !!!

during his trip my gouzou has been caught between a boat and the quay, luckily the capitain was a cool guy and put it back in the middle of the river !!!

Then this sleeping fucking wealthy gouzou traveled through Paris (hoping he went up to Le Havre !!! )

I would like to thank Krispolls for the pictures and finnaly hope that the ugly will be condemned one day, whoever they are… 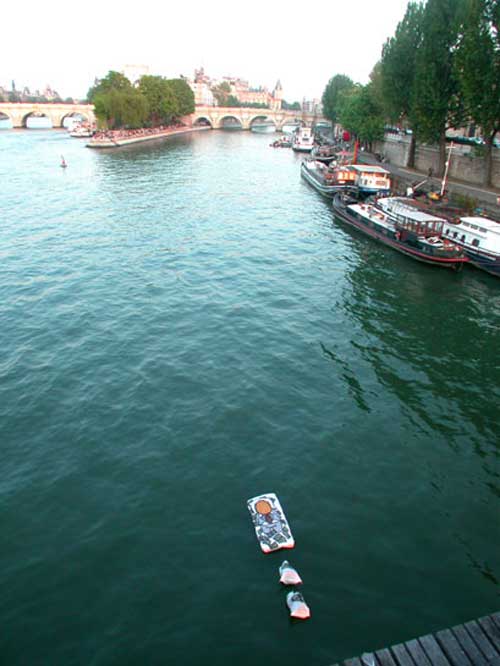