“Here’s a recent snap of some eyes stuck in a tree by the M32 motorway in Bristol. As the wind blows, the tree’s eyes roll left and right, seemingly watching the traffic as it speeds down the motorway” 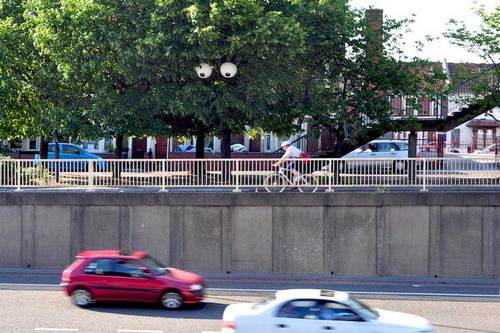 Also I was recently involved in a TV commercial. It was for us cellular. I’m not trying to sell phones for anyone, but thought it was a good way to get my installations filmed by an outstanding director, Garth Davis and also fund the creation of more sculptures.”