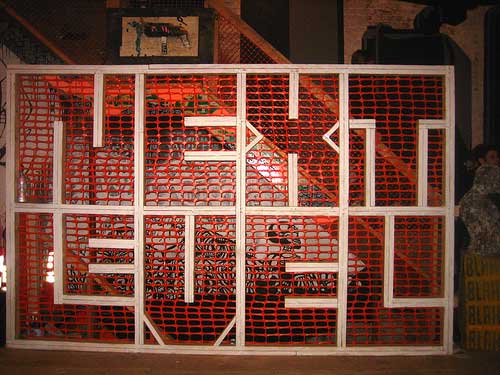 About 14 years ago, I had an incredible opportunity to work very closely for a number of years with an amazing guy named Isaac Tigrett. Isaac quickly became my mentor and a very close friend of both Sara and mine. At 24, Isaac created The Hard Rock Cafe with Peter Morton in London.  I’ve learned a lot from Isaac and owe a great deal to him for helping me reconfirm who I am and where I want to be in life.

It was from Isaac that I learned about the importance of appealing to people’s higher nature rather than their lower nature when you set out to do something that you think is important.

We’d often talk about using the things that you have at your disposal to put out positive messages into the world.  For example, when Isaac realized that the Hard Rock Cafe would print millions and millions of paper napkins and promotional materials, he incorporated the phrase “Love All, Serve All” into the Hard Rock logo so that he would be able to use the power of the financial success of the Hard Rock to send out positive messages to millions of people.(It was from him that I was taught the lesson - “Money is neither good nor bad. It’s what you do with it that matters”)  Where some people may have thought that “Love All, Serve All” was a tag line written by a clever copywriter at an ad agency, it is actually a mantra said by Isaac’s guru in India.

There are a few pieces done in 11 Spring that truly embody Isaac’s mentorship about appealing to people’s higher nature, even if it is subtle or even subliminal because people don’t consciously see it.

All have to do with entrances and exits.

A couple of weekends ago You Are Beautiful drove all the way to New York from Chicago and arrived at 11 Spring with these massive white letters that spelled out the words “You Are Beautiful”. The only problem was that they were fuckin’ huge. Massive. We looked at them and said, “Holy shit, what are we going to do with these?  They’re too big for the space”

So after scratching our heads for maybe 10 minutes, I looked up to think for a moment and saw that the wooden beams of the roof on the first floor. Immediately we all knew that the roof of the first floor would be the perfect place for the piece, not only because it was the only place it would fit, but because it would send out positive messages to people as they came in and out of the building. It would set the tone of the show. Maybe some people wouldn’t even see that the letters were there. Or if they did, they wouldn’t notice what it spelled out.  But the important thing to us was that they would feel it and that would be enough.  So we pulled over the scaffling and in about an hour the whole piece was hung.  (Like ghosts in the night, as soon as the last letter was nailed in, You Are Beautiful got back in their truck and headed into the tunnel back to Chicago)

The second piece that speaks to this notion of appealing to people’s higher being was actually the first piece done on the building for the show.  It’s the massive “Lad” done on Spring Street by Chaz from The London Police.

Eight weeks ago when Caroline, Bill, Malcolm and Sara and I all agreed to move forward with the 11 Spring Street project, Chaz and his wife Tina were staying with us at our flat before they were to head off to California for a seven week tour doing various art shows and events.

Chaz and I have spent many nights talking about the positive energy that his Lad character has and what it gives to people in cities all over the world.  Chaz’s gift is that he can freehand a perfect circle and with this as its foundation, the Lad has an incredibly energy that people can feel as they walk by.

So with only a couple of hours before having to head to the airport, Chaz went to 11 Spring and did his lad.

People like Chaz instinctively “get it” and so when he did the piece he could have done it anywhere on the building, but chose to do it next to the door so that when people came and left the building, the Lad smiled down on them and consciously or not, made them happy.

A few days later Michael DeFeo came and did one of his large flowers on the other side of the entrance.  Not only did this balance Chaz’s Lad, but also reinforced the imagery that appeals to people’s higher nature.  Walking around Soho years ago we’d see Michael’s flowers pasted to the bottom of lamp posts. He did so many of them that at times you felt that Mike’s paper flowers were blooming from the concrete of the city.  After 9/11 the flowers took on even more significance to us and to others.

Next, Above came in from Europe and spent an afternoon with us painting his iconic and colorful arrows between Michael and Chaz’s pieces.  The day that Above came to paint, it was absolutely freezing outside and the paint wouldn’t absorb into the concrete of the building’s facade.  Above spent hours and hours going over and over the drips, long after the sun had set, to make sure that the arrows looked just right.  His dedication and commitment was amazing. The fact that the arrows were pointing up spoke directly to appealing to the higher nature of things.

The final piece that for us fits this theme of appealing to people’s higher nature with positive messaging was done by Skewville.

It was a day or so before the exhibition was to open and nobody had slept for days.  The door opens and the Skewville twins come in with all of these wood beams.  They toss them on the ground and begin cutting this wood with the intention of replacing the wooden railing that sits next to the staircase.  Sara looked at them and said something to the effect of - “What the hell are you motherfuckers doing? You already did your piece for the show.  You’ve got to be kidding. NO!”

But with Skewville, their smiles, their jokes and their passion is too strong to say no to, and so it didn’t take much to convince Sara and Malcolm to let them turn the entire place into a mess once again to do this final piece that was important to them.

It wasn’t until the piece was put up that I realized what they had done and why it was important to them.  With the wood they had written “NEXT LEVEL”, another subliminal message that appeals to people’s higher nature when they went up the second floor.

You can read whatever significance you’d like into the “NEXT LEVEL”  messaging, but for me and Sara it spoke not just about the artists who’s work and careers will now go to the next level, but more importantly it made a statement that

can take things to the next level.

Have a great Christmas everyone!