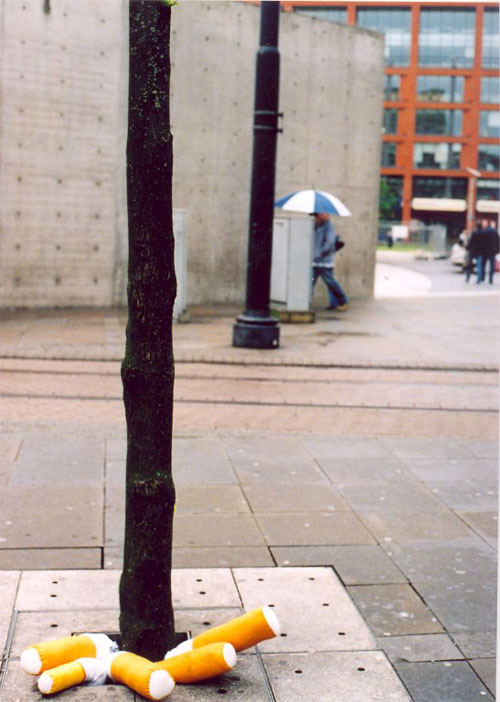 “I’m from Baltimore but am studying embroidery in the UK. I’ve been really interested in and excited by graffiti and street art for several years but have always been frustrated by the lack of textiles present on the street. It still seems to be a scene ruled by spray paint and wheatpastes. For a while this made me feel like it was an inaccessible art form, albeit out on the street for all to view for free and destroy or alter. But then I thought more and more about the potential of textile graffiti, until I couldn’t sit and think anymore and had to get up and do! First I made mittens and put them around the city for anyone to take and in doing so started noticing just how many construction barriers there are in Manchester. Until then I had never thought twice about how they’re ubiquitous but unnoticed, nor the fact that we’re all walking around in a gigantic ashtray.”