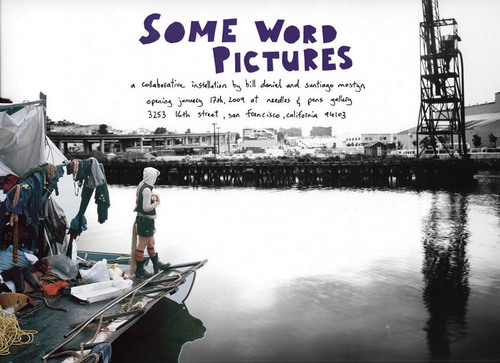 One of our favorite books of last year was a small self-published paperback called All Most Heaven.  The book documents two years of Santiago Mostyn’s life as has he traveled across America.

This Saturday night, January 17th, Santiago will open debut a collaborative installation with Bill Daniel at Needles and Pens Gallery in San Francisco.

If you’re in the area, be sure to check it out. If we weren’t on the opposite coast, we’d be there for sure.

We asked Santiago about the show and here’s what he said:

“I had been thinking about how to expand the process of book making and writing for pictures into a physical space, and decided to collaborate with Bill Daniel, the hobo filmmaker and photographer, on an installation that would highlight the stories and traditions being built into our work rather than emphasizing the objects and images themselves. Messing with ideas of iconography and folklore and whatever other threads of culture that came our way seemed like a good way to go.

We’ll be showing a pair of shelves as sculptures, a limited edition collage print, an arrangement of photographs, and a projection of freight train videos and American landscapes.

I was reading an essay by V.S. Naipaul—who’s from Trinidad, the country where I grew up—that seemed to make sense with what we are showing, and took a phrase from it as a title and thematic starting point:

“A publisher in the United States was doing a series for travelers, and asked me to do something about the colony [of Trinidad & Tobago]. I thought it would be a simple labor: a little local history, some personal memories, some word pictures.
I had thought, with a strange kind of innocence, that in our world all knowledge was available, that all history was stored somewhere and could be retrieved according to need. I found now that there was no local history to consult.”

So the use and re-use and re-presentation of images and how that relates to story-telling and how story-telling becomes traditional and how traditions become folklore, binding the then and the now, that’s the focus.

If you can’t be in San Fran, try to get your hands on a copy of All Most Heaven. It’s now available via Tim Barber’s excellent TV Books

Santiago says of the book:

“The book came out of a need to resolve disparate strains of creative output into a form that, by the process of its creation, would give me a sense of resolution about what I’d been through over two summers of building rafts and taking a vaudevillian variety show down the Mississippi River with a band of fellow performers. And, of course, that would show these experiences in a way that was as open to anyone’s personal logic as it could be true to my own.

In its design, I wanted to address the assumptions we usually have about photography books by treating text as image as well as narrative content, and by using images to craft a multitude of loose story lines that pointed to a central motif but refused to lay it bare. Placing old prints found in abandoned houses next to photographs made now, in front of those same houses, linking simple gestures from the past with gestures and expressions of the friends I was photographing, imitating civil war photographs and then imitating flight, all these techniques served to relate a personal experience of the River and American West with the historical. 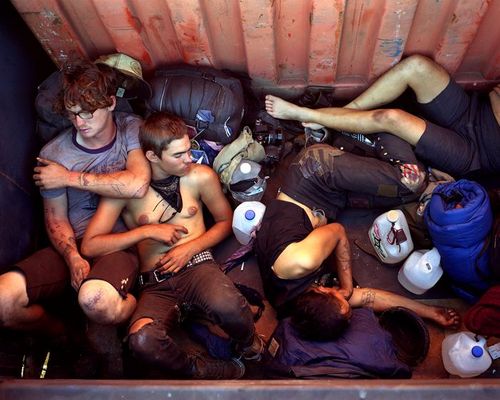 Different images are valuable in different ways, but one in particular—105% (Bucket Slumber)—stays afloat the longest when you try to pin down. The overlapping of bodies feels natural enough to be both outside of time and beyond known gender roles. And without the grounding of perspective, the photographer is simply ‘above’, as though visiting the scene from another place. Time seems to flicker back and forth as the eye moves over the details, which for me speaks to the ambition of this group of friends to live outside of consumer culture as most of us know it, to relate more directly to the pioneering hobo culture of the early twentieth century, a culture that’s more purely American in spirit than the frenzied paranoia that has since defined much of the outlook of this country’s government and citizenry.

Here’s a small selection of Santiago’s wonderful portraits from the book: 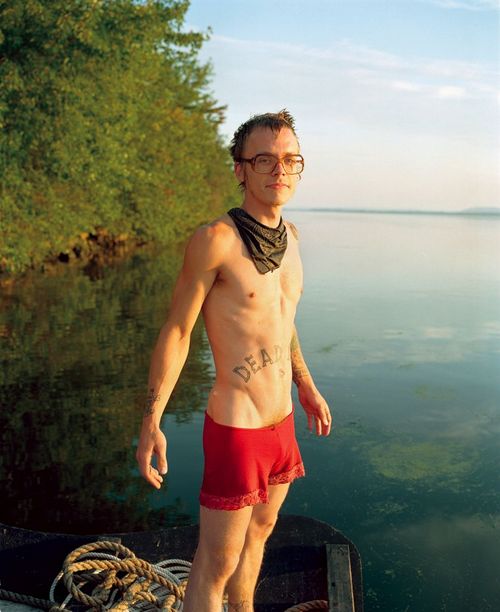 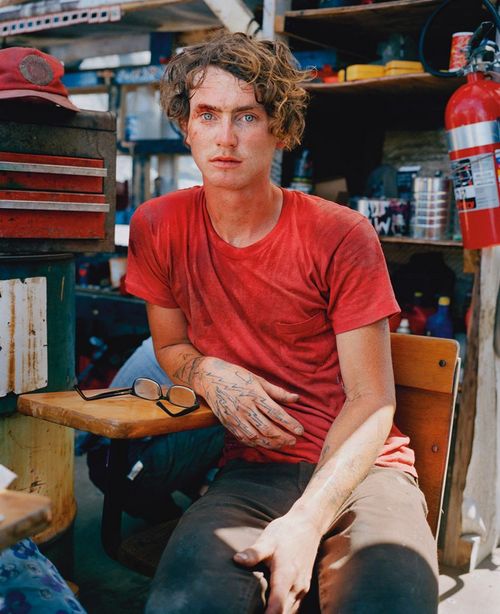 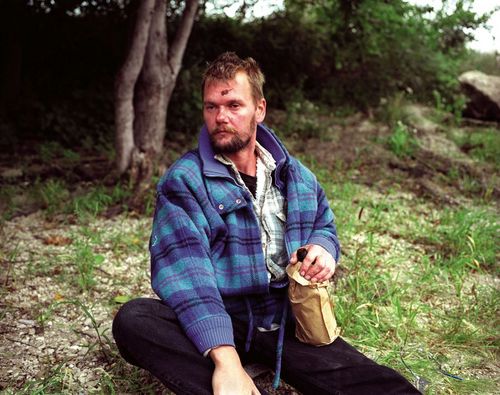