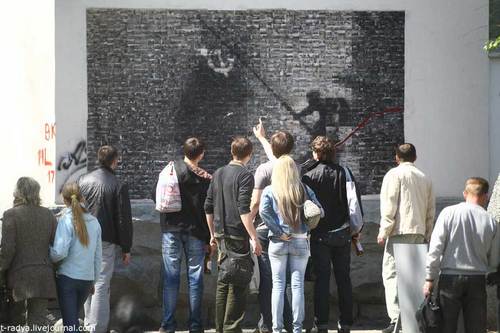 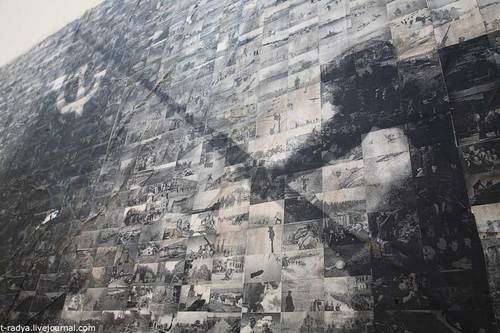 “Here in Ekaterinburg (it’s a big industrial city in center of Russia, here is physical border (Ural mountains) between Europe and Asia) we don’t have much info about world street art scene, and your news is really important for us. so we try to do some experiments in our city

this is a project about Second World War. 9 May, Day of Victory, is a really important for russian people, we lost about 20 millions in this war. For russians it’s really free from political propaganda, just because every family in country participates in war. For example my grandfather was 7 years old, when first nazi bombers attack their village in Ukraine, and grandfathers of my friends reached Berlin in 1945.

ps: sorry for my English, i’m trying to learn it.

Here is text for my project:

Posters are made of pictures taken throughout the years of war. The first - the Flag over Reichstag, 1945 - this picture became a real symbol of a victory The second - a portrait of the guerrilla, 1943

I’ve decided to do that when I felt one thing:

We did not loose the country, but we lost a great, an incredible number of people
They just disappeared, left, they’re gone Vanish into something bigger than emptiness - as when the person who remembered a great amount of already forgotten people, is gone and now they are gone together with him, forever. Like old cracked photos, on which you can still see faces, but you do not know who are they”