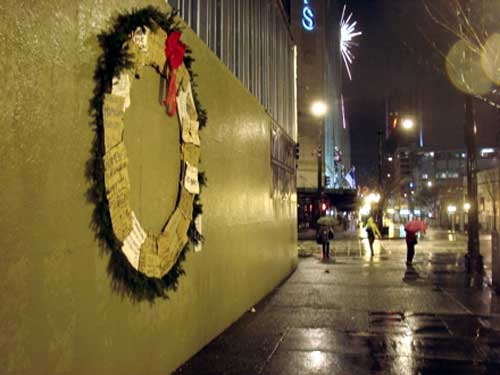 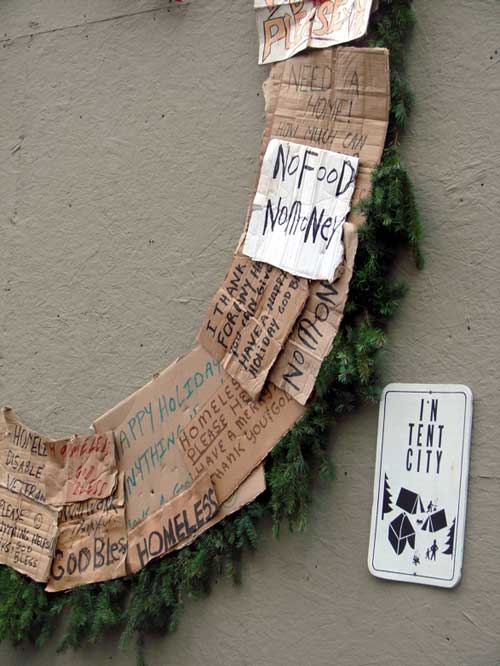 The photos above are of a Christmas wreath made out of signs collected from local homeless people in Seattle.  It was put up on the street in a heavy trafficked shopping district early in the morning of the 23rd of Dec by Erock and remained up until it was taken down by city workers on the morning of Dec 27th.

To create the wreath, Erock went around and collected them from homeless people in the area. In return he gave each of them a few dollars and some more cardboard and pens to make another sign.