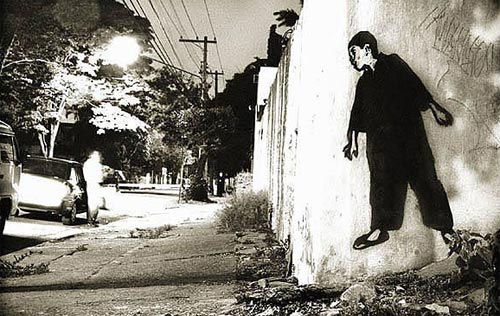 We’re proud to announce that the Brazilian artist Alexandre Orion is the latest artist to participate in our “Wooster Special Edition” project.  Alexandre follows sold out editions from such artists as Faile, Shepard Fairey, Space Invader, BAST, and Darius and Downey.

This “Special Edition” combines Orion’s wonderful book Metabiotica (which has not, until now been distributed outside of Brazil) with a one of a kind hand-cut stencil that is in itself a one-of-a-kind piece of art. 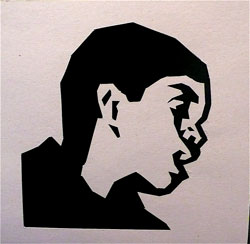 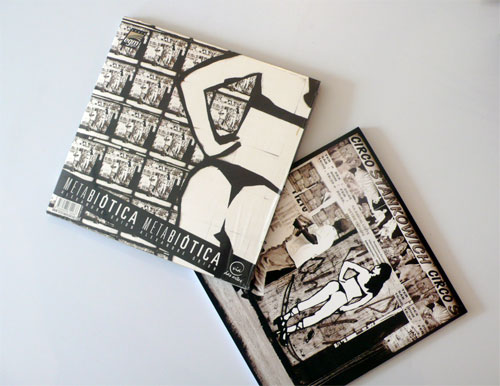 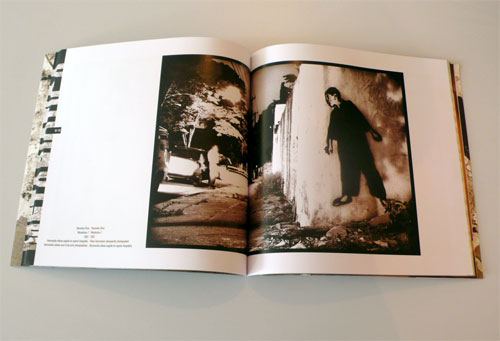 Metabiotica is a collection of photographs of Orion’s work on the street.  The photographs are themselves amazing works of art and were chosen to show the very moment that people began to interact with his stenciled artworks.  The result is a series of photographs that visually present the interaction between art and its environment, and contextualize Orion’s work within a distinctly Brazilian cultural space.

The stencil is hand-cut by the artist and serves as a powerful document and artwork that gives a special insight and immediacy to the ephemeral world of street art.  The stencil is a limited to 200 hand-made on thick eggshell color cardboard with the centerpiece of the stencil held together with strings and glue.  The stencils are modeled after the actual stencils that Orion’s used on the streets of Brazil to create images for the book. The 80 page book is written in English, French, Spanish and Portuguese. The book is divided into three sections, the first describes Orion’s concept of Metabiotica with stencil images accompanying the text. The second section is photos of the stencils on the street interacting with passerby’s.  The final section are photos of Orion’s work inside buildings and galleries.

Both the book and print are 12"x12” inches.  The book is softcover in a slipcase and is 80 pages in both black and white and color.

Both the book and stencil are signed by the artist and are priced together at $275 plus shipping.

The edition is limited to 200.