Tom McAlister points us to a terrific article on TwistedSifter.comabout the “Razzle Dazzle Camouflage movement:” during WWI.

It was the British artist and naval officer Norman Wilkinson who to elude detection by German U-Boats, decided to paint hulls of his naval fleet with geometric patterns and shapes to confuse the Germans on where the ships were headed. As TwistedSifter states - “Then their torpedoes will be shot in vain because they thought you zigged when you really zagged.”

Unfortunately today only black-and-white photos exist.  Here’s some of our favorites: 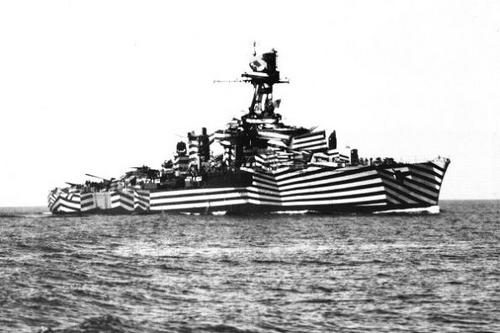 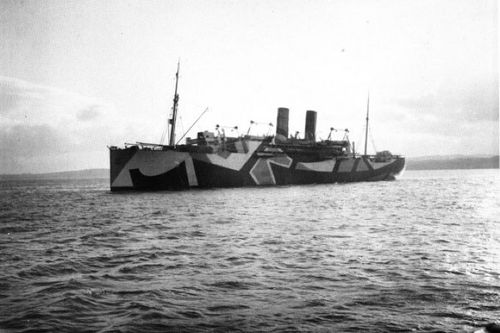