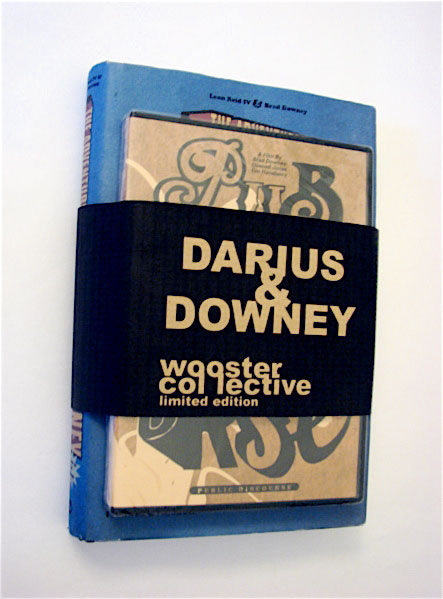 The first time we heard of Darius and Downey was more than seven years ago when Swoon told us that they were huge influences on her work.  We did some research into their amazing street installations and have been huge fans ever since.

We’re pleased to announce today that Darius and Downey are the subjects of the latest Wooster Collective Special Edition.

“The Adventures of Darius and Downey”, just released by Thames and Hudson, isn’t your average street art book. It follows the artists as they work, (don’t) make rent, avoid arrest, go to school, move to England, break-up, scale buildings, and ultimately redefine the street art game for the 21st century.  The well-illustrated book shows them working in a wide variety of mediums.  It’s one of our favorite books released this year.

The film “Public Discourse”, offered online for the first time, is an intimate look at a community of street artists and features the work of Swoon, Shepard Fairey, Darius Jones, Adorn and Faile among many others with a score by Brooklyn favorites, Japanther. Shot in 2003, the film is more timely today than ever before.

The film is 47 minutes long. The book is 250 pages with loads of color photos.

Together the book and film is $50 USD plus shipping and handling.