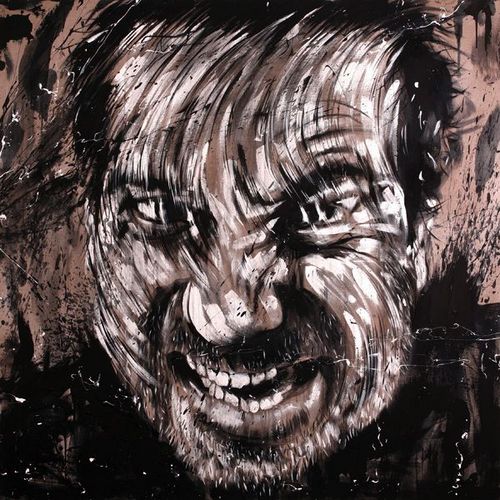 WK’s new portrait series, entitled 12 Angry Men (referencing the classic film), portrays the faces of twelve men. It’s the first time WK has focused exclusively on faces rather than on the entire body in motion.  What’s cool about the new work is that it’s made solely with with a sponge and large brush with nothing painted over during the process.