From Faith47 in Shanghai:

I needed to bring the spirits of the African Rhinos into Asia. To help in the settling of their restless spirits.

In 2010 there were 333 rhinos illegally killed for their horns in South Africa.
In 2011 the total rose to 448.
And as of September this year the total is recorded at 373 violent deaths.

The current spike in demand of South African Rhino horn is driven primarily by medicinal demand from Asian countries mainly Vietnam and China, Malaysia, India and South Korea.  Their horns are used presumably to treat fever, cancer and diabetes and as a detoxification tonic after over-indulgence.

Settle down beasts, settle down. 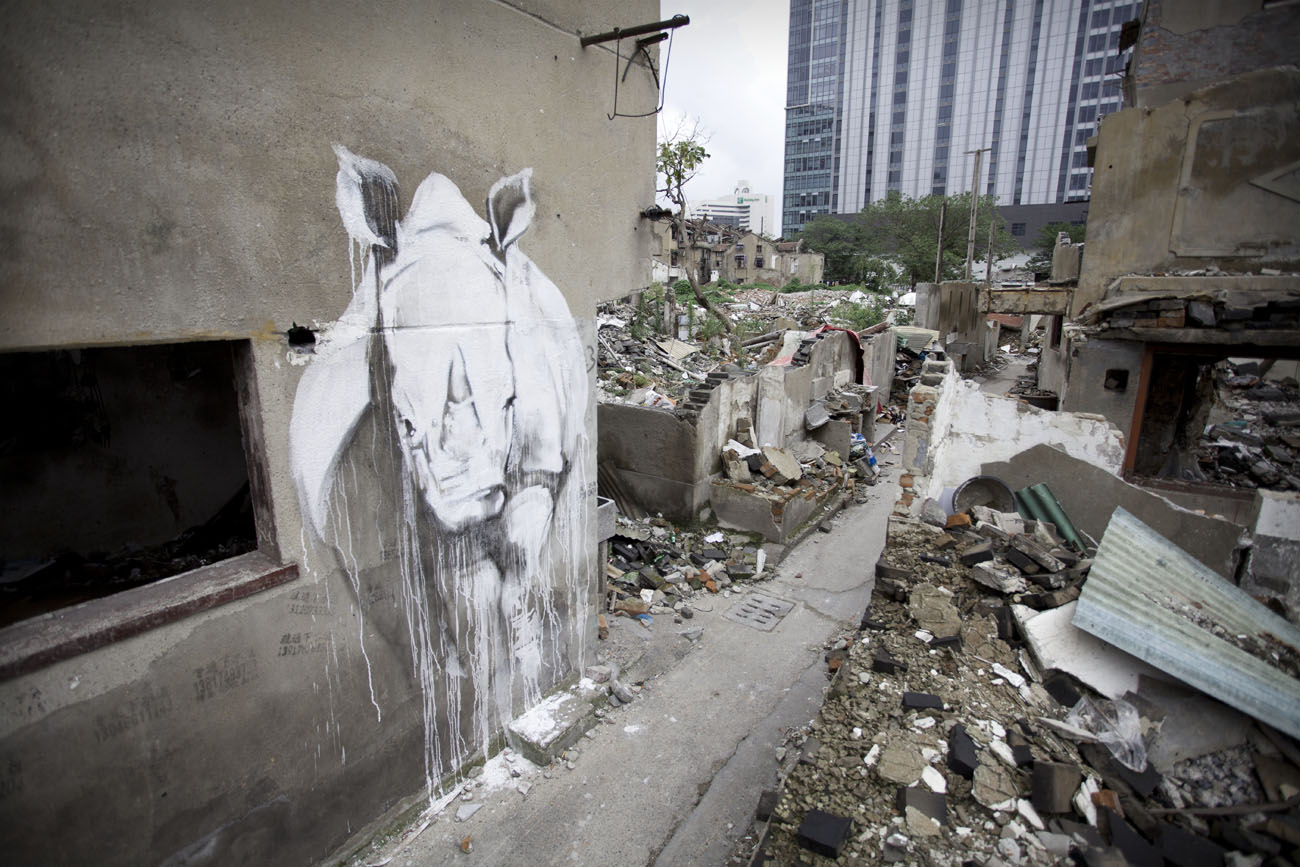 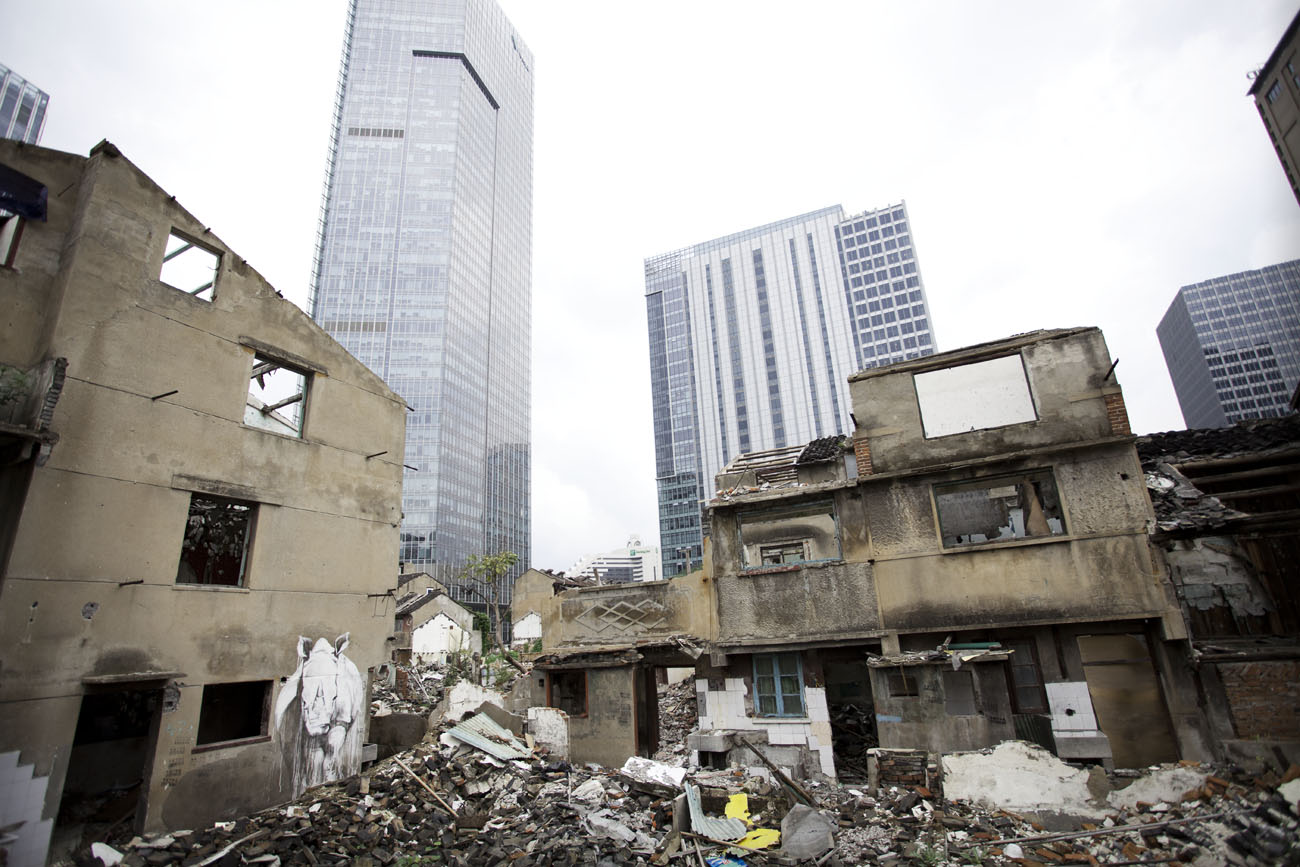 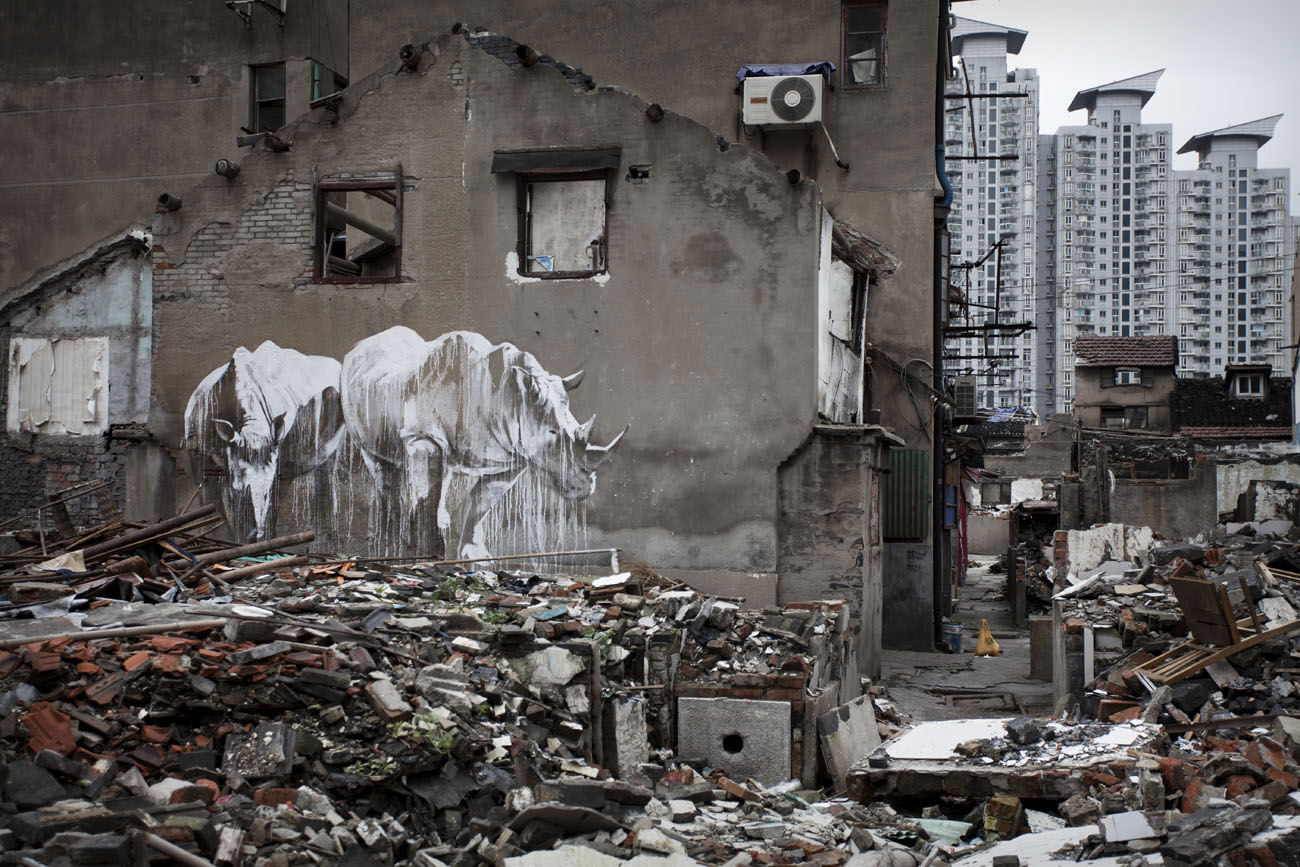 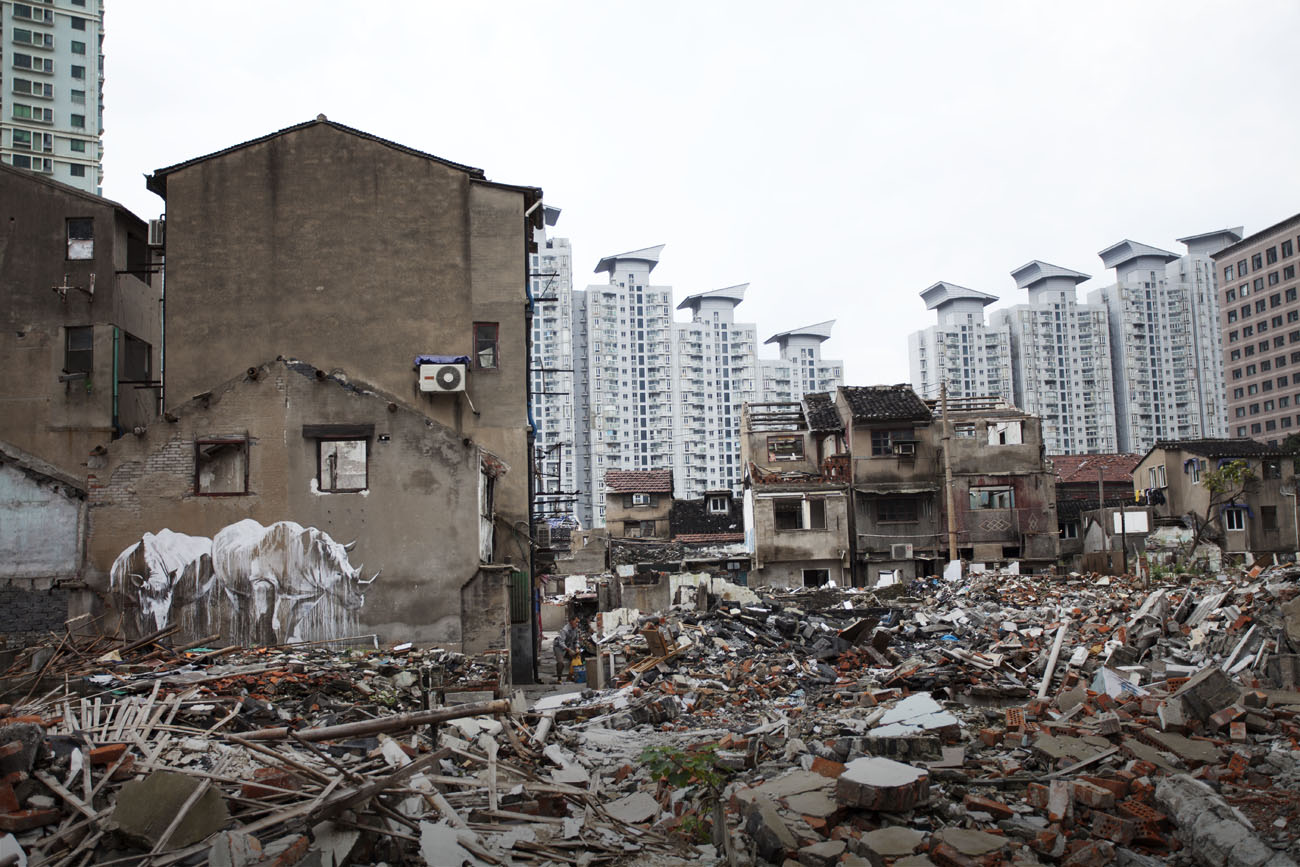 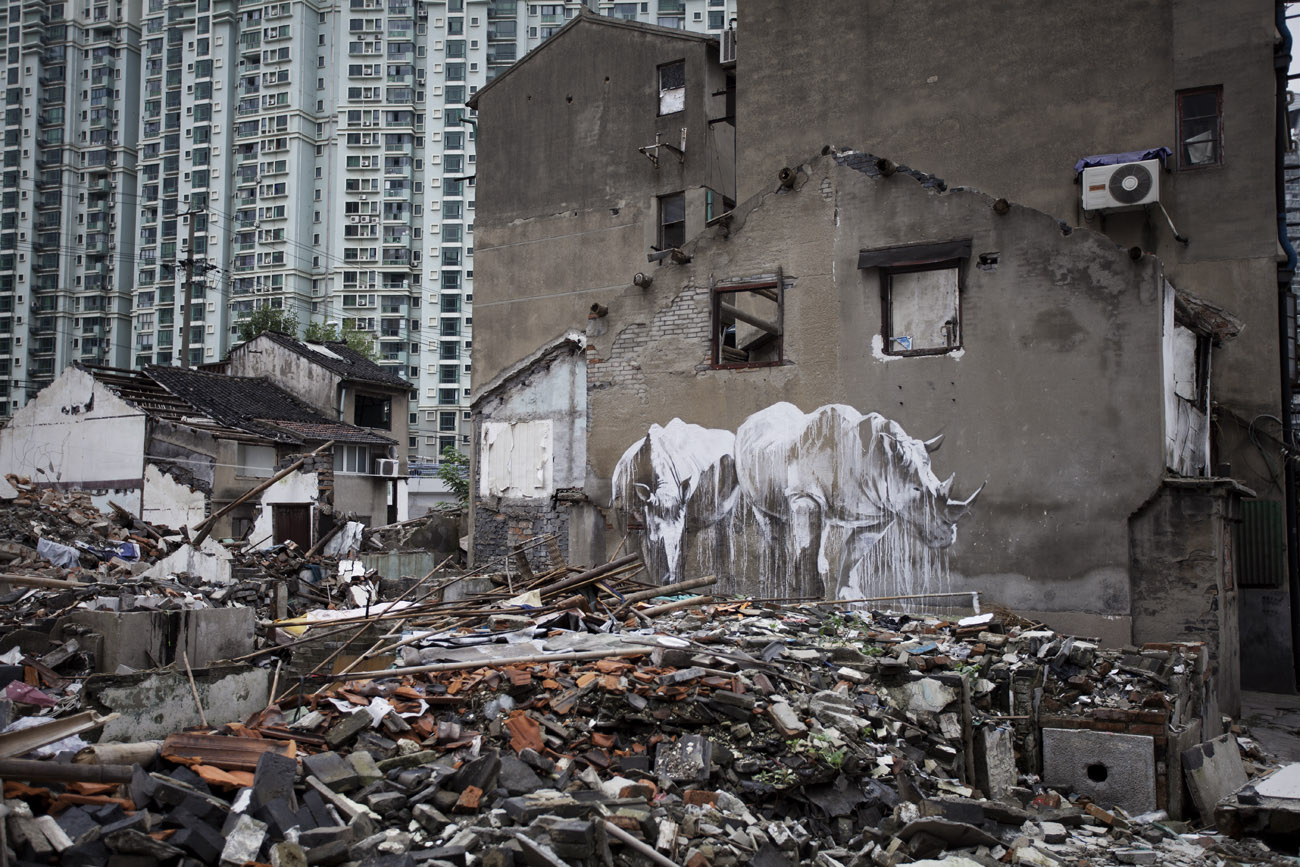 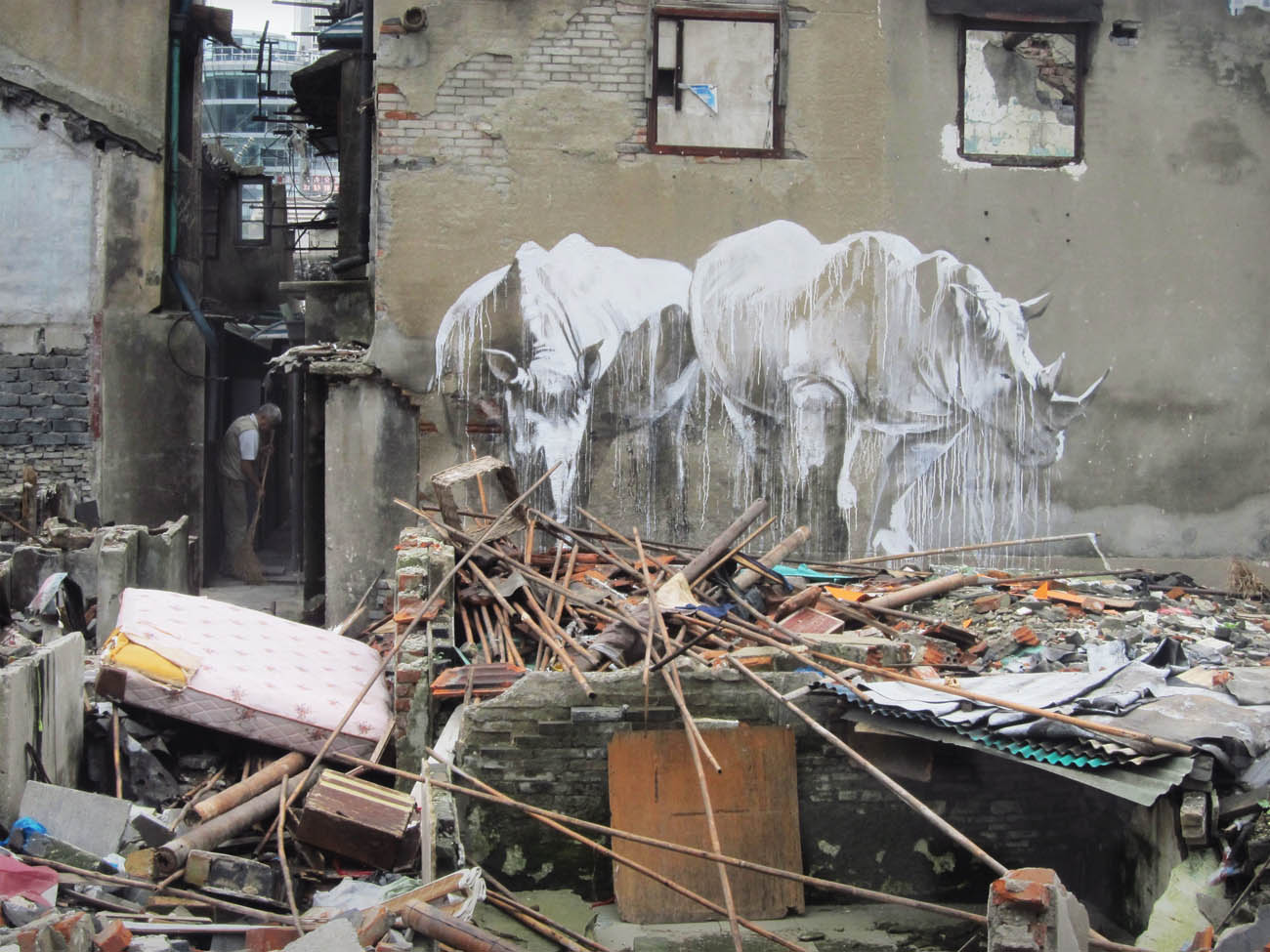