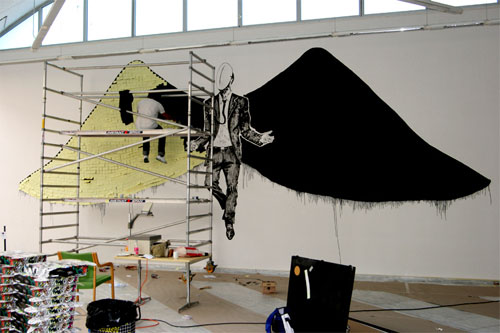 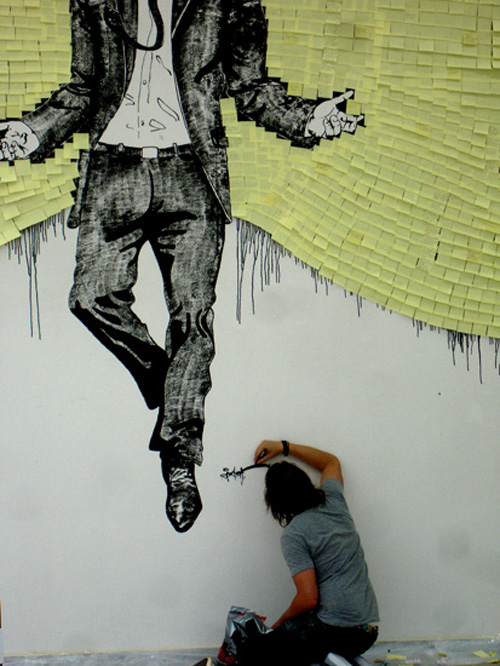 “The piece is called Daydream of the faceless worker. It is about 6x14 meters and made up of 4000 post-it notes. I wrote poetry on about 400. They had told me that the wall was half the size. My idea then was to let people take what they liked and have pens around, so that they could add their own thoughts to the empty notes. Now it became too big, the notes are too far up for people to write on unfortunately.

I estimate that I banged the wall about 12000 times putting them all up. My palm still hurts four days later.

I’ve had the idea for a long time so it was nice to finally be able to do it. Working in an office environment is so depressing, daydreaming is the savior… building ladders of paper clips or post-it note wings is the only way to escape…”