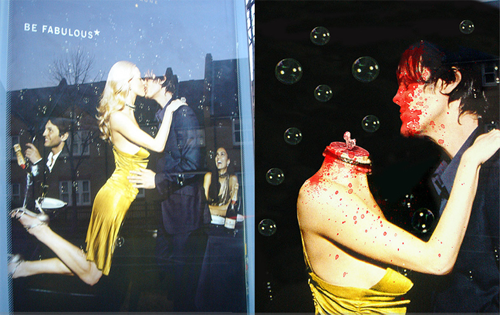 “Renegade artist and head-hunter the Decapitator has been bombarding the streets of London with a signature style of graffiti tag - eerily removing the heads from major adverts around town, replacing them with ghastly, gory stumps. (Before and after images of a gruesomely guillotined model in a print ad, right).

Based on the images uploaded to his/her Flickr stream, “The East London Decapitator” as he/she has been dubbed, is largely striking mainstream advertisements, like this (my personal fav) High School Musical 2 poster.”