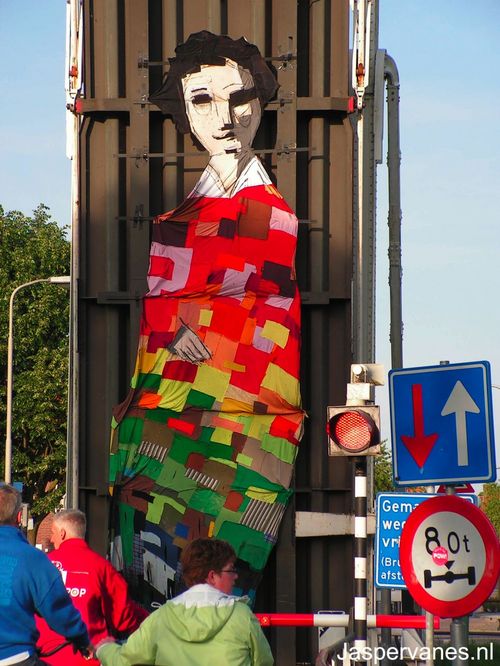 “I made this last night.  It’s an image of a girl made with textile and wood and put up on the bottom of the bridge. When the bridge is closed you won’t see a thing. But when the bridge opens the girl will rise like a giant getting out of the water.

Next to the bridge there is a tree where you will find some old articles about the identity of the girl.

Her name was Antoinette Reinders, the 18 year daughter of the bridge-keeper. Its a true story about the mysterious murder on the girl back in 1938.

The girl got murdered next to the bridge and the police never solved it. They still don’t know what the weapon was, the motive or the person who did it.

You can see the work in Tilburg, the Netherlands at the Bridge on the Petrus Loosjesstraat (the neighborhood is called kanaalzone)

Until the police or some vandal on a boat comes to destroy it.