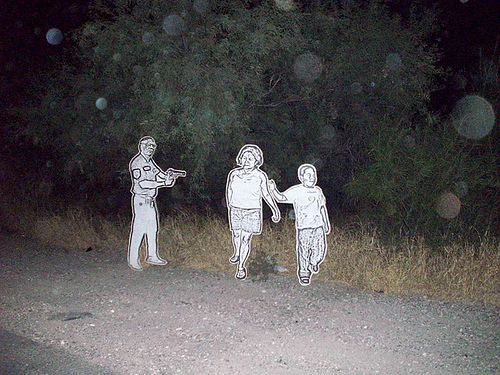 “Activists in Tucson, Arizona have been placing life-sized cutouts of Maricopa County’s insidiously regressive anti-immigrant law enforcement officials around town on street corners and at intersections, including one of the chief of armed despicability himself, America’s self-described “toughest sheriff” Joe Arpaio, and another of a Border Patrol agent, presumed to depict Nicholas Corbett, who just recently faced a hung trial for the second time after being charged with the murder of Mexican immigrant Francisco Dominguez in January of 2007.”