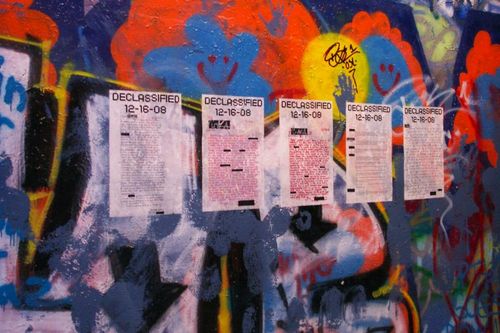 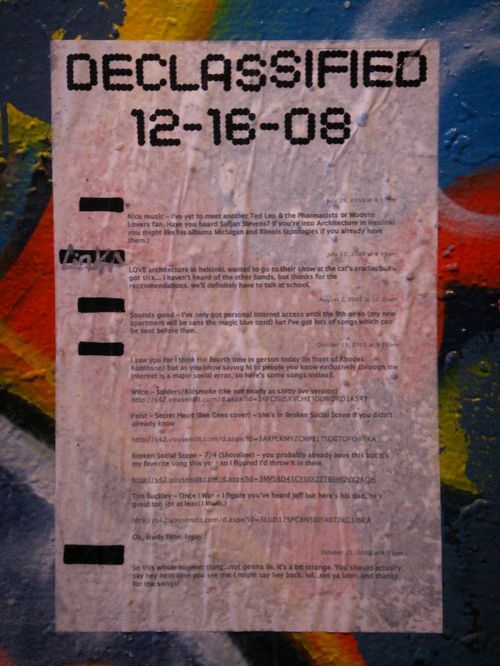 “I’ve been thinking a lot about public information vs. private information and why it’s so fascinating to read about the mundane details of someone else’s private life (like finding their grocery list that they dropped in the parking lot, for example).  So, I decided to reverse this by choosing “declassify” some of my own personal documents: letters that, at a different time in my life, I would have been mortified for anyone else to see.  All are letters that were written to me (except for one, which shows a short email correspondence). They span from a letter written by my pen pal when I was about 10 to a letter that I received last summer.  I silk-screened all the letters in the original color that they were written in.  The only things that I altered were the names of people mentioned in the letters, which I censored in black ink.”