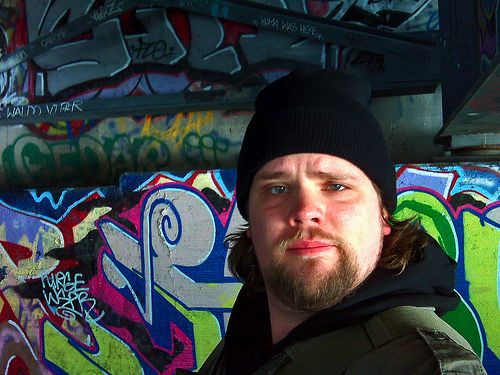 We’re extremely saddened to learn this morning of the death of Ian Talty, a photographer known for shooting amazing photographs of graffiti in and around St. Paul, Minnesota.

Ian was killed on Sunday while taking photos in a drainage tunnel underneath the Marshall Avenue bridge. The tunnel suddenly became flooded when a thunderstorm broke over the city. Tragically, Ian downed as his body was swept into the Mississippi River.

A friend wrote us - “He was an amazing photographer with a humble spirit. Every Twin Cities writer who knew about his Flickr checked it religiously, hoping that he would choose their work for his next subject. I’ve never heard of an outsider who was as respected within the scene as he was.”

If you are venturing into the tunnels this Summer, please remember to be safe and most importantly, remember how Ian died. It seems that every year around this time, as the weather starts to get warmer and artists and photographers start to venture out again to put up work, we hear about artists drowning in tunnels and storm drains because of flash flooding. It’s not as rare as it may seem.

To Ian’s family and friends, our sincere condolences.