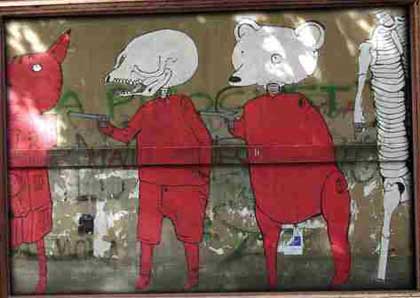 />Hometown: bologna (italy)
Where do you now
live?: europe
Where would you most like to live?:
europe
Who was your first “hero” in life?: the present
governor of california .
What is your favorite thing to do on your
day off from work?: drawing & sleeping
What is your
favorite color?: it depends on the moment (it’s not the blue) />Who (or what) do you love?: i love the sea and the sibe /> 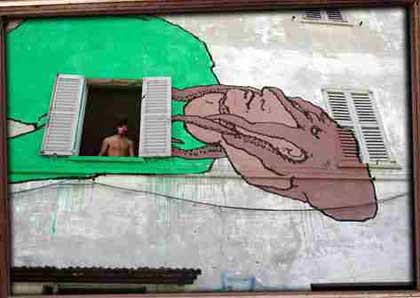 />Who and/or what are some of your influences?

i’m
inspired by what happens around me i think about our way of living and i try to
find out all the nonsenses of everyday life. I learned to draw copying pictures
from the comics and i still take ideas looking at many underground comics books.
I began to paint as a writer, doing styles , bombing and taging, this gaves me
the passion for illegal paintings and public art. during the years i’ve been
influenced by the study of various artistic movement such as dadaism, surrealism
and situazionism. I’m very fascinated by ancient chinese and japanese artists ,
teachers of all the modern comic artists. the major influences i have are my
friends ericailcane and run, we always paint togheter mixing our styles to
develope new forms and ideas.

What other artists do you
most admire?

hokusai , bosch , magritte , haring ,
munari , taki 183 (and those who began to write) , dondi , osgemeos , el tono ,
honet , banksy , winston smith , the magazine adbusters , ok crew from italy ,
and many many others. 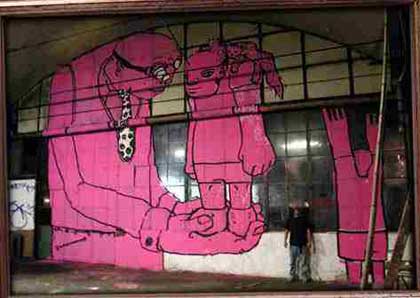 />How would you describe your art to someone who could not see it? />
some ironic and bizarre sketches about modern life (painted on
public walls)


i’d like to be invisible .
(you can imagine the
advantages )

What do you fear the most?
/>weapons-industry.
those who think that everything it’s all
right.
economists.
old women driving cars.
/>What is your greatest ambition?

1) living without
working 12 hours a day .
2) to appear on wooster collective site . 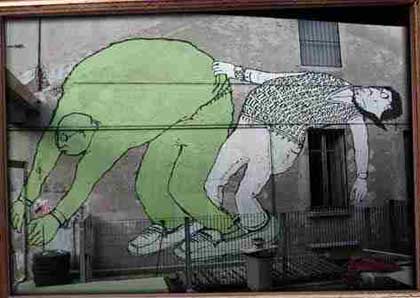 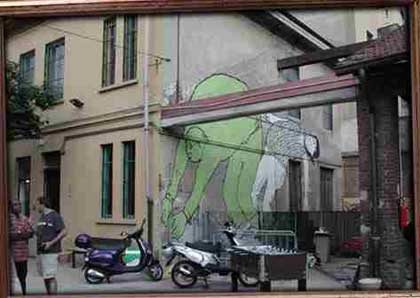 To see Blu in action, check out his href="http://www.blublu.tk"> website