A few months back we put up on the Wooster site
some amazing photos of a series of collaborations that Keith Haring did on the
streets of New York back in the day with an artist named Eric Orr. The photos
were Eric’s personal snapshots and many of them had never been seen by the
public before. There was something about those photos that Eric sent us that
really had an impact with us. I guess it’s because the photos show Haring not as
an icon of pop culture whos work is in museums and galleries, but as just a cool
guy who bombed the streets with his friends. The photos made both Haring and
Eric come to life as street artists again. For us, they not only made us
reconnect with Haring’s work but they made us discover Eric’s work as well. />
So the other day we were delighted when we received an email from Eric
saying that he had launched a href="http://www.bravemind.com/ericart/ericartindex.html">website of his
work. 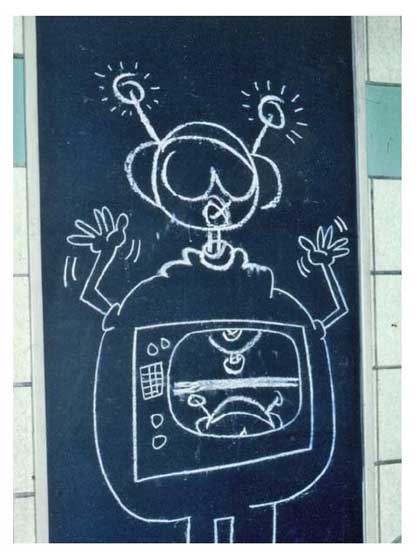 Age: Really too old to be bombing in fear of being
arrested
Hometown: Born and raised in the Bronx but lived
in ALT. for a while.
Where do you now live? In the Boogie
Down Bronx.
Where would you most like to live? In a place
where the “P” is free.
Who was your first “hero” in life?
That guy that wasn’t afraid to talk back to the principal. />What is your favorite thing to do on your day off from work?
Look for that place where the “P” is free.
What is your
favorite color? The spectrum
Who (or what) do you love?
Spontaneity of the line. 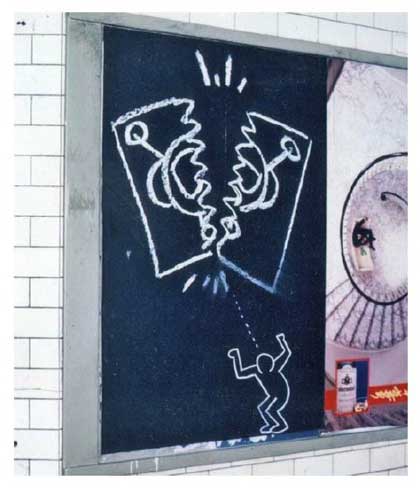 Who and/or what are some of your influences?

Every artist is and will be influenced by other artists.

What other artists do you most admire?

I must say two classmates in the 70’s, when graffiti was young,began tagging the rest is history. I’ll also have to add Futura2000 and Keith Haring for changing the movement.

How would you describe your art to someone who could not see it?

Run your hands through a tree branch.

Always wanted to play an instrument.

What do you fear the most?

The exploitation of the 80’s “art movement” coming back in disguise.

What is your greatest ambition?

To continue to be creative. 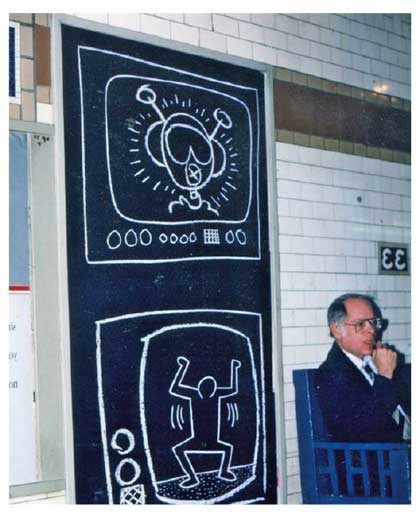