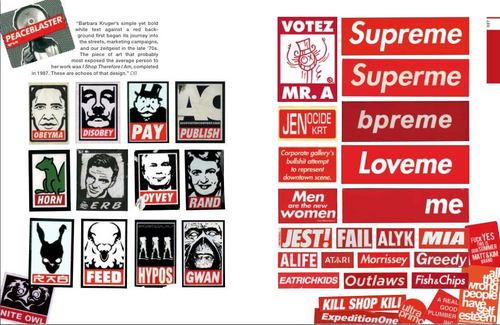 Over the last few years, there’s been many books to come out that showcase stickers from around the world.  Some have been quite good. Some not so good.

This month Rizzoli is releasing what we consider to be the best and most definitive book to date on sticker art.  The official title is Stickers although it’s better known as Stuck Up Piece Of Crap. Written by DB Burkeman with Monica LoCascio, the book includes introductions by Shepard Fairey and Carlo McCormick.

Congrats to DB and Monica for putting out a true labor of live.  If you are in New York, the book is being launched with a terrific event later tonight (Thursday) Info below: 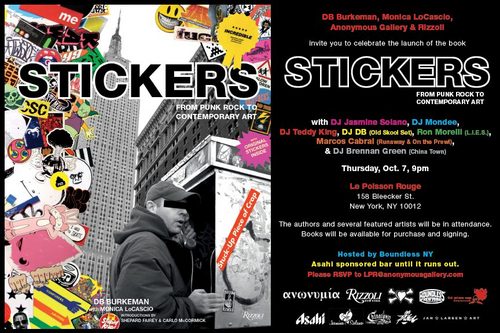