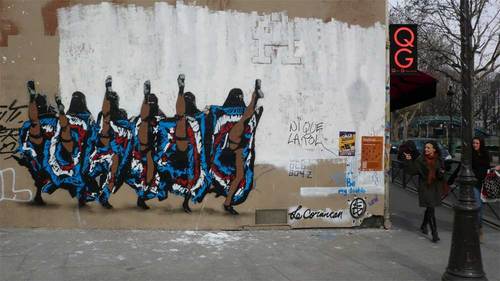 The piece above was done yesterday morning on Quai de Valmy in Central Paris by Nick Walker. It’s in response to Sarkozy’s decision to ban the burkha. From Nick:

“It’s particularly tense in Paris. They are in between elections and the reaction is expected to be quite strong. The police discovered the piece 30 minutes after it was completed and we don’t expect it to stay up long. After months of wrangling,The government are believed to be only days away from ratifying the ban.”