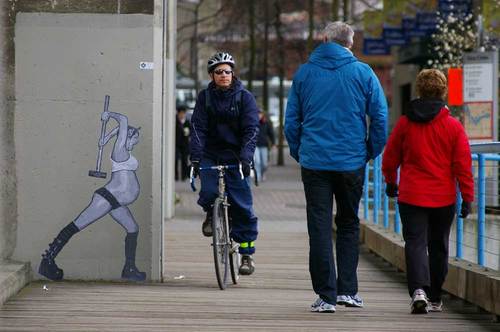 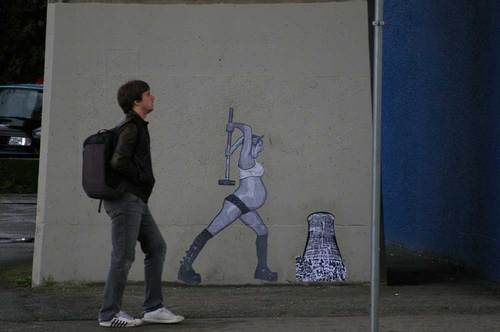 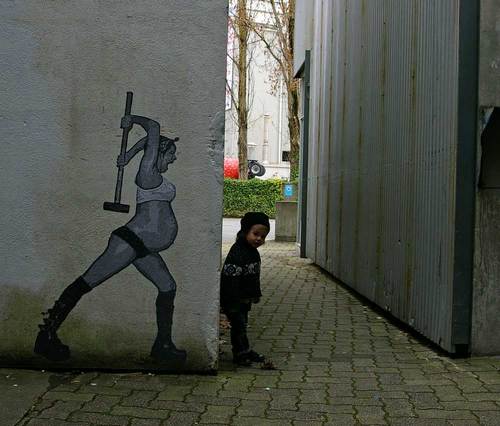 “Through the exploration of public space within an urban consumer environment I wanted to connect my views as an artist to those that see public space as owned space. I question who owns the underside of a bridge, the walls of a stairwell or the wall in an alley by a dumpster. Within the urban milieu these free places definitely come with an assumed ownership. I have seen the effects of this first hand within the week of this guerilla artfare, half of the images put up to challenge the norms of this society were promptly removed leaving no trace that art existed. This leaves me to wonder if the disobedience to the norms through this creative expression may still be seen as paralleling the Anti-Art in the Dada movement of the early 1900’s.

Now this guerilla artfare was not just to challenge the norms through civil disobedience but also for augmentation of the space. This augmentation of ‘free space’ was to generate the canvas for the art I was giving unreservedly to the community in which I reside.

Now to reflect on the image meant to grab the attention of those passing by. The juxtaposition of creation and the unpredictability that that capacity holds within human hands or even far beyond the reach of the infinitesimal specks that we are in this universe. Delving into the ‘Mother’ a sacred image of pregnancy and how to move away from the expectations that capitalist society holds for the individual. Through the use of new media we were able to escape the mold set by society of cookie cutter pregnancy photos and produced the beginning of this art project, which is still in the early stages of its production. This being a New Media world this incarnation of ‘Mother’ is 1.0.

We really hope that you enjoy this work as much as we do.”