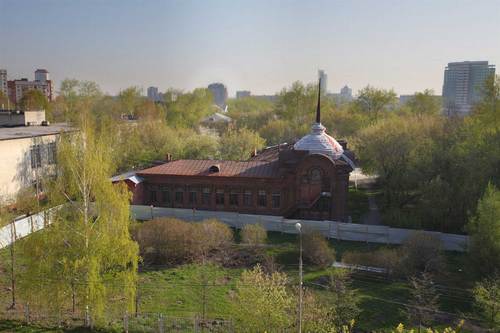 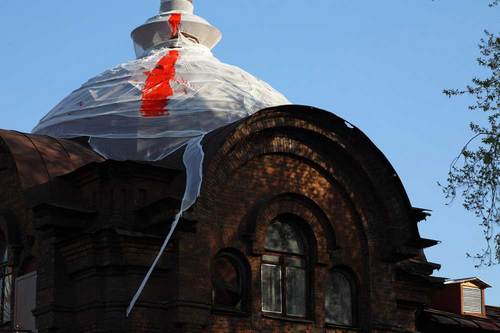 We live in the city, so the city is alive too.
Streets, buildings, windows – they emerge and disappear.

The Miloslavsky hospital had appeared a century ago thanks to the efforts of citizens – they’ve collected money and just built it.

Today, due to other people’s interests, next to the hospital emerged a building site.
It’s a usual story: offices. The first line of offices is close to the former operating-rooms, the second line, it seems, replaced those.

We are loosing it.

Maybe it will survive, maybe not. The hospital hardly has chances: it treats from inside, not outside.
A city has more life than any of us, but it is also more fragile – it’s in our hands.

It is strange to see how the building is dying, where people used to be returned to life.