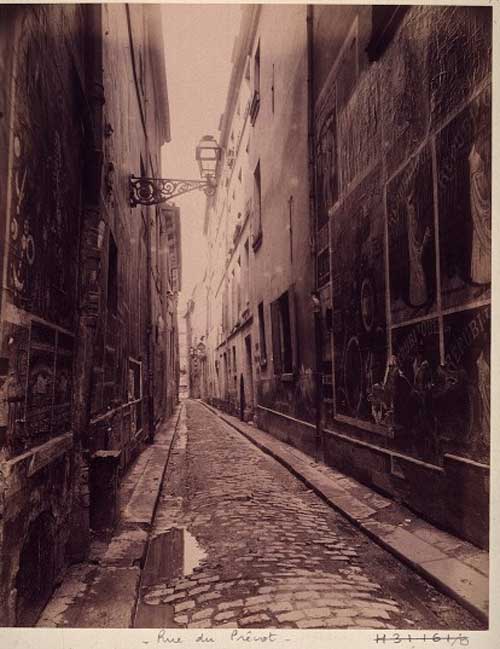 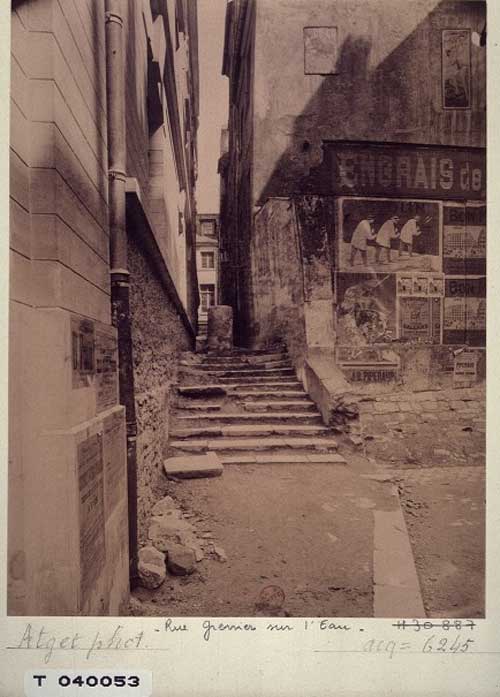 Back in April Stephen Steward sent us a note saying that he had been reading a lot about the photographer Eugene Atget. Atget took thousands of picture (mostly of Paris) in the early 1900s.  His work attracted the attention of many famous artists including Picasso and Man Ray.

“Today I noticed that a lot of his pictures of the empty streets of Paris captured what appear to be wheatpastes on the buildings of Paris, over a hundred years ago.  I can’t say that all of them are, but many seem to be because of how they have been applied and how they weathered. The photo above is the one that made me write this email, too bad you can’t really see them.  Theres a line of hap-hazard posters maybe 15 ft off the ground on the wall in the distant alley.  The irregular line starts below the tower.