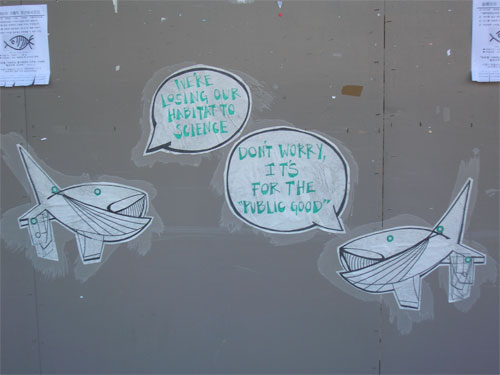 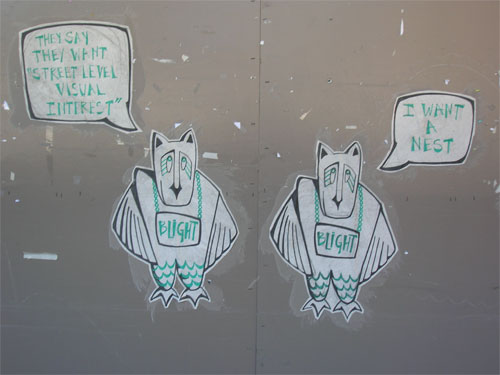 “I am a Columbia student and member of the Student Coalition on Expansion and Gentrification, aka SCEG.  We are a campus group that works to educate the student body about expansion and mobilize students in solidarity with our neighbors in West Harlem.  We are for the dissemination of accurate information and equitable, sustainable development practices.  One common misconception about Columbia’s expansion is that people are either completely for expansion or completely against it. In reality, the debates about expansion have more to do with how it takes place than whether it will take place.  Almost no one, including West Harlemites, is against the expansion entirely. Everyone recognizes that expansion will happen in some form, but what SCEG and many of the people commonly seen as “against expansion” want is for expansion to take place in such a way that respects the lives and livelihoods of our
neighbors.”

The wheatpastes above were part of a campus action/press conference that SCEG held yesterday. Their intent is to call attention, in a tongue and cheek fashion, Columbia’s condemnation of Manhattanville as a “blighted” neighborhood.