We loved this email so much…. Here it is in
it’s entirety….

“yo! hi my name is Arbel and i’m an artist and
illustrator from Israel and i live in Costa Rica right now, but… i’m not gonna
write about me. i want to write about my brother. he loves your website and
checks it daily but he’s a bit shy, so i’ve decided to step in and send you
pictures i took from his latest street project.

my brother, RABIA, is
an artist too. he works as a professional animator and illustrator but he is
also a long time street artist. he began doing graffitty art in his teens and
did some pieces in Israel and in Amsterdam. a couple of years ago he stoped
doing graffity but the concept of street art already was flowing in his
vains.

his latest pieces involves dust, or to be exact - dusty
cars.

in israel during the summer we get a lot of dust and if you
dont move your car… well, it gets dusty. the cars involved in his latest
street project haven’t been moved in months, some of them in years. these works
are very noticeable to people walking on the street and involve humor and
creativity -

so…let’s continue to the work itself:
/>this was the first car he did just outside of his home: 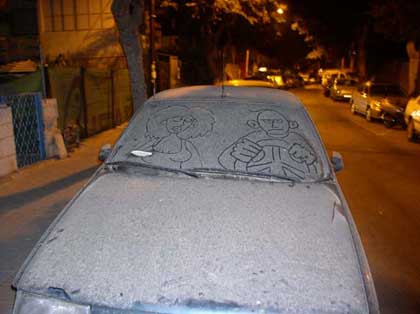 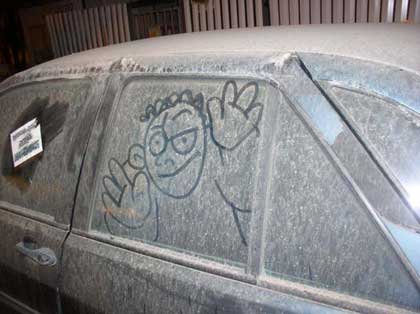 going
around by foot or on his skateboard he discovered more dusty cars. he came to me
one night and said: “get up! we are going to find some dusty cars!”
/>that night, he did three or four pieces 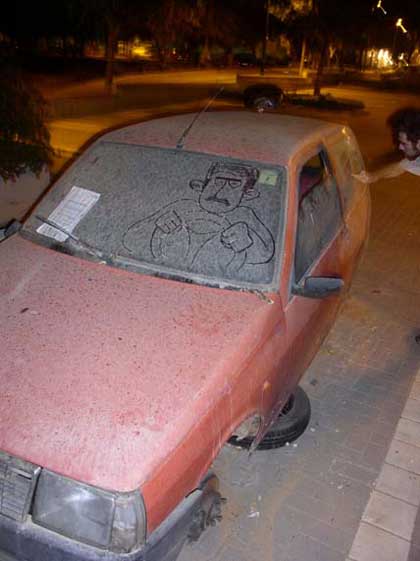 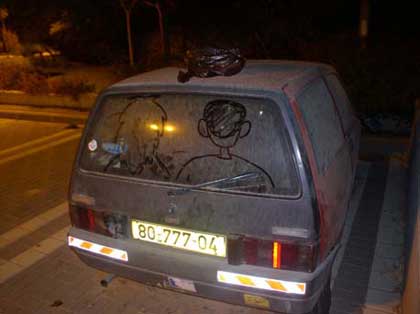 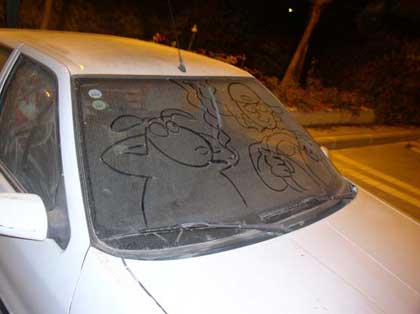 gonig back home, Aviv noticed a car filled with bird’s shit on
the front window. he couldn’t stop himself and he did this: 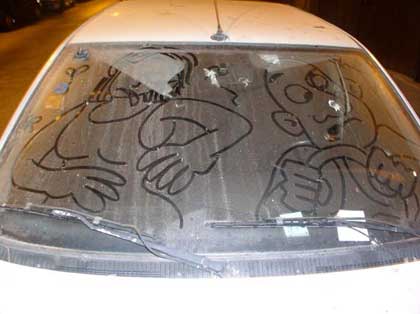 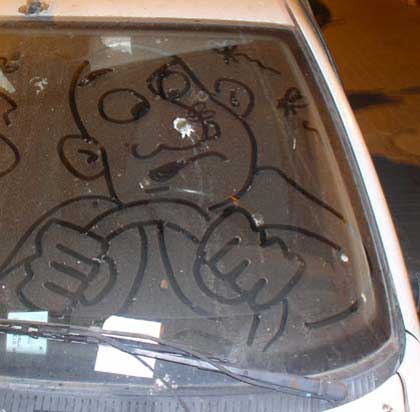 the
next evening, he found a really cool old car. this car is a collector’s item
(even the liesence plate says so..) you would have think that its’ owner will
take better care of it… 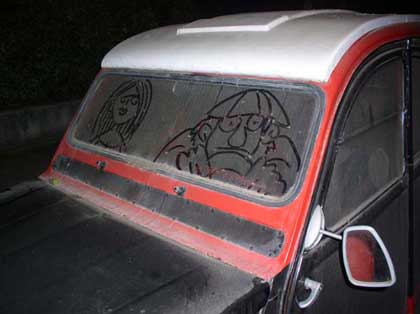 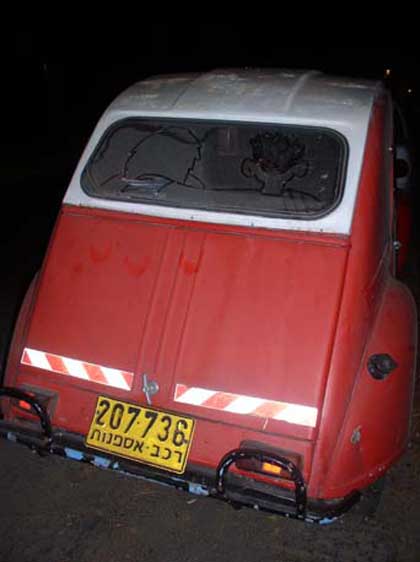 a
couple of days later, we were parking our car and went out when my brother
discovered yet another car. standing aside this car he was thinking what to do
with it when he noticed a lot of cats’ foot prints on the dust. the light bulb
lit above his head and he did this one: 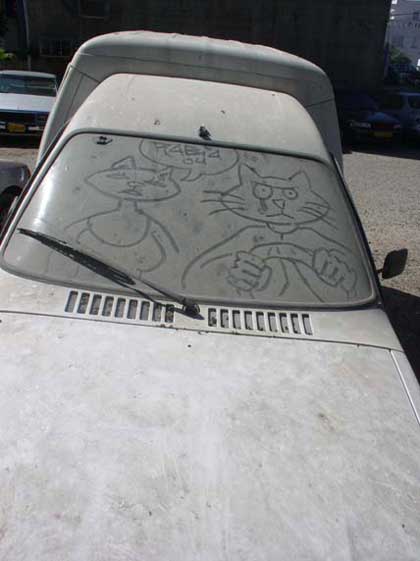 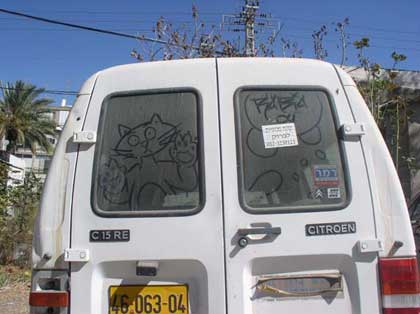 the last one i saw (before going back to Costa Rica) was in
Tel Aviv. this car was so dusty and sat there for so long that the dust became
part of the car and was really hard to manipulate.

this is what came
out of it: 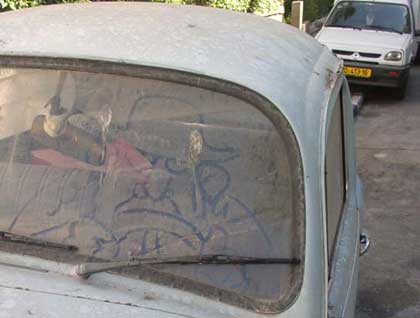