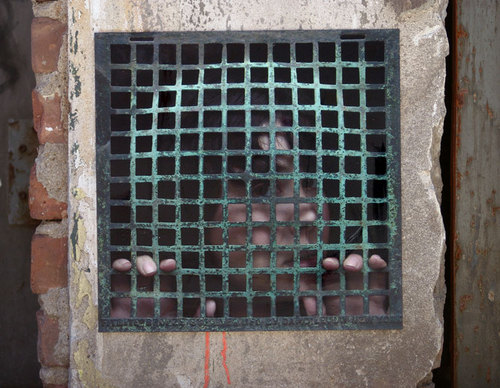 Dan Witz has been busy of late, hitting the streets of New York with his latest “Ugly New Buildings” He explains:

“This year’s series, “Ugly New Buildings”, addresses how in the past few years much of my neighborhood in Brooklyn has been torn down to make way for luxury housing.  Personally, I can’t say I like the new modern architecture very much. For the most part it’s sterile and alienating and so arrogantly disconnected with its surroundings sometimes it seems like giant alien space ships have landed in the night. But resenting gentrification in New York City is futile, like complaining about the weather or other forces of (urban) nature. For this year’s project I decided to work with it.

These are photo-based, heavily re-painted stickers, mounted on plastic and glued to the walls of the Ugly New Buildings. In May I put up around 30 and about half are still there.”