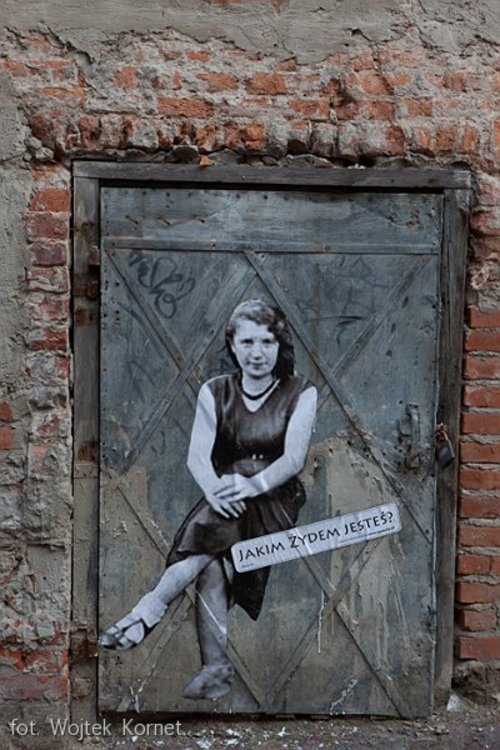 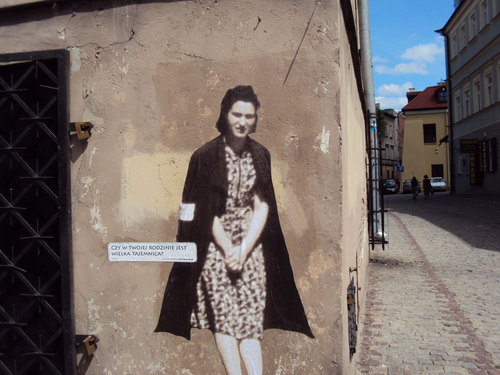 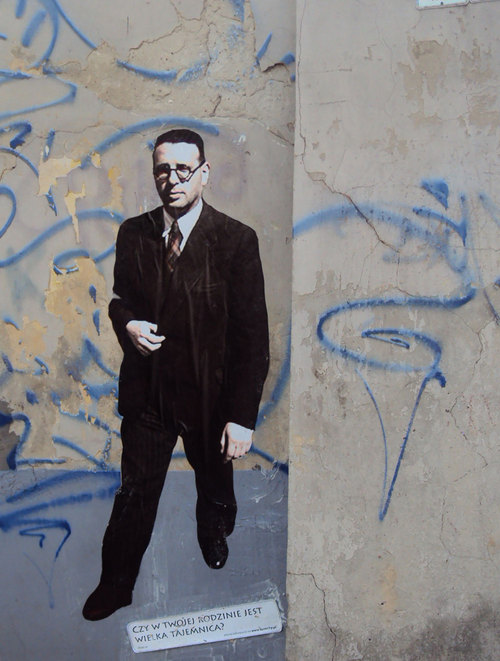 “Around the city of Lublin Poland, on empty buildings as well as inhabited ones, in the alleys of the old city and on streets of the newer parts, I posted photos of different examples of Jewish people who lived on these streets in these houses of the center of Lublin in between in the nineteen twenties ‘till 1941.

In a modest gesture, I return the people in the photos to the place they were taken. The photos show all kind of Jews. Young, old, modern, religious, political activist, Bundist, Zionist, nihilists, bourgeois, Hasidic, yeshiva student, communist, who knows? In some photos the identity is clearly visible, while in others it’s not so clear.
Near the photos appear different questions in polish:

Czy twoja babcia mamrocze w obcym j?zyku przez sen? / Does your grandmother mumble in her sleep in a foreign tongue?

Jakim ?ydem jeste?? What kind of Jew are you?

The project was made as part of the Open City Festival – Festival of art in public spaces. Lublin, Poland. curator: Krzysztof Zwirblis / Studio Gallery