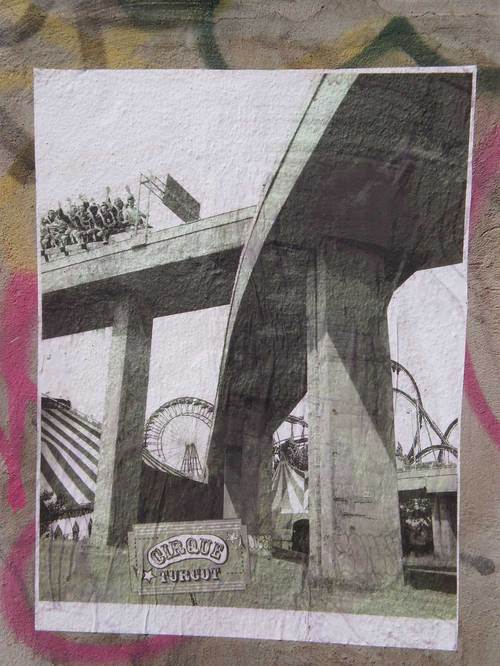 “The future of the Turcot Interchange has been a hot topic of discussion over the past year, with community groups, urban planners, citizens and politicians arguing over which plan for the interchange’s remodelling is best. Current plans call for the expropriation and demolition of some 200 homes in a neighborhood that has been hard-hit by megaproject expansions.

To top it all off, a city politician who ran on a platform of openness and transparency has taken over the Turcot planning issue and shut out almost all community groups. So I made these posters in order to try and bring the Turcot Interchange and its future back into the public eye… This is the first in a series of posters I’m doing which will feature alternate futures for the Turcot.”